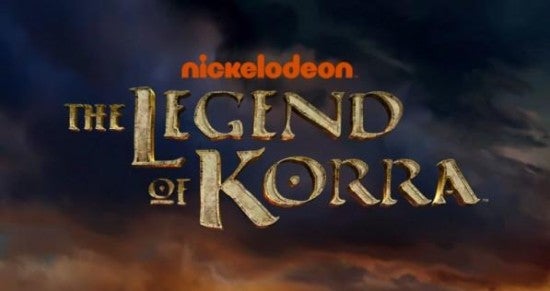 This week's installment of The Legend of Korra was another two-episode treat. The first episode, “Night of a Thousand Stars,” starts by reminding us of where we left off last episode; with Jinora comatose and harmonic convergence just around the corner.

We then switch settings, rejoining the characters still in Republic City. Mako is still in jail, thanks to Varrick's machinations, and Bo Lin doesn't seem particularly bothered by any of this. I know Bo Lin is supposed to be the funny and silly one, but isn't this kind of a stretch? How shallow is this character that he so easily dismisses his own brother?

The way the episode juxtaposes the premiere of Nuktuk's finale with the actual civil war going on between the two water tribes is briliant. It highlights Varrick's complexity as a villain: we want to hate him because he has been manipulating Team Avatar and put Mako in jail, but at the same time he is trying to get Republic City into the war, a goal he shares with Korra, though their motivations are quite different.

Bo Lin finally gets the opportunity to do something useful his season when a group of waterbenders, sent by Varrick to pose as member of Unalaqs northern army, attempt to kidnap President Raiko. Bo Lin leaps into action in one of the brilliantly animated action sequences that Studio Mir has made their trademark. The scene is especially fun to watch, with the real life action mirroring the events occuring in the hilairious, B-movie-esque Nuktuk mover playing in the background.

The situation gets under control just as Korra, Tenzen and his family arrive in Republic City. They, again, plead with President Raiko for aid in fighting Unalaq, stressing his plans for world destruction (which sounds kind of crazy when Korra says it). Raiko, again, declines to send aid in favor of keeping his forces nearby to protect the citizens of Republic City.

With Varrick revealed, Mako is released from jail. He finally gets his moment in the sun, getting a standing applause from Chief Bei Fong and her men and being promoted to detective for his efforts investigating Varrick. The good times don't last though, as it seems Korra's memory isn't totally restored. She doesn't remember breaking up with Mako lays one on him with Asami watching. Awkward...

Without the President's support, team Avatar has to turn elsewhere for help dealing with Unalaq. They pay a visit to Varrick in prison, and it turns out he's just as crazy and hilairious behind bars as he was when he was a free man. He lets them take his single warship – named after his assistant, Zhu Li – to attempt to stop Unalaq's plans before the harmonic convergence.

The episode's final scene is another beautiful action sequence of Tonraq making a headlong, last ditch effort to stop Unalaq. The waterbending battle between the two brothers, with an assist from Desna and Eska, is beautiful and ends with a poigant moment of defeat for Tonraq.

The second episode, "Harmonic Convergence", starts with the group aboard the Zhu Li. Bo Lin gets to throw some of the relationship advice that Mako had given him earlier in the season back in Mako's face, but Mako still can't bring himself to remind Korra that they broke up before she left Republic City.

Asami receives a distress call from the Southern Water Tribe alerting them to the fact that Tonraq has been captured. The gang needs to figure out a new plan of attack and one of Bumi's ridiculous war stories leads to a plan to attack the portal from above using their air bison and the plane on the Zhu Li. After leaving Jinora's body in Katara's care, they take to the skies to make their assault.

Things do not go well. Unalaq was expecting their attack and reinforced his defenses around the portal to the spirit world. Bumi becomes separated from the rest of the group just before both the bison and the plane crash land and everyone is captured.

With Korra and her allies captured, Unalaq reveals his plans for the harmonic convergence. When Vaatu is freed, Unalaq will merge with the spirit the same way Wan merged with Raava, to become a new, Dark Avatar. Doing so will reignite the battle between Vaatu and Raava, swinging it in Vaatu's favor and merging the spirit and physical realms once more.

Its up to Bumi to save the day and we get to see one of his crazy stories come to life. It starts with him soothing a dark spirit with his flute, and ends up with him stealing a water tribe uniform, piloting a mech, and taking out the entire encampment by himself. Its one of the most fun, slapstick scenes in the series so far, and the jazzy music makes it feel like something out of Cowboy Bebop.

With the rest of the team freed, they make ready go through the portal and battle Unalaq. Tenzen, Kya and Bumi search for Jinora while Mako and Bo Lin try to hold off Unalaq so that Korra can reseal the portal. The plan seems to be going well, but there's just not enough time. Harmonic convergence occurs, Vaatu is freed, and a wave of dark spirit energy encompasses the entire globe.

This week's episodes were intense. Its great to see Bo Lin in real action again. The relationship drama is a welcome return to form for the series. Studio Mir's animation is as beautiful as ever, with at least three of four jaw-dropping sequences. You have to wonder how Mir plans to top the beautiful fight scene between Wan and Vaatu – the high mark for the series so far – in next week's finale.

Speaking of next week's finale, these episodes do a great job of turning up the tension and excitement. Unalaq has always seemed a formidable foe for Korra, but his abduction of Jinora's spirit is the act that made him truly villainous, evoking a truly emotional disdain for the character.

It helps that we understand Unalaq's plans, but it would still be nice to see a little bit more concerning his motivations. Its clear that his fondness for the spirits has become a destructive obsession, but we still don't know why and how he got there. How far back does his relationship with Vaatu go? Has he planned on becoming the Dark Avatar since before he had Tonraq exiled, or was he simply after control of the tribe then?

We have one more week to get answers. Or not. Either way, this week's Korra episodes were satisfying chapters leading to the end of Book Two, bringing the whole gang back together for the big finale. We'll see what kind of resolution comes from it next week.

The Legend of Korra: Night Of A Thousand Stars And Harmonic Convergence Recap