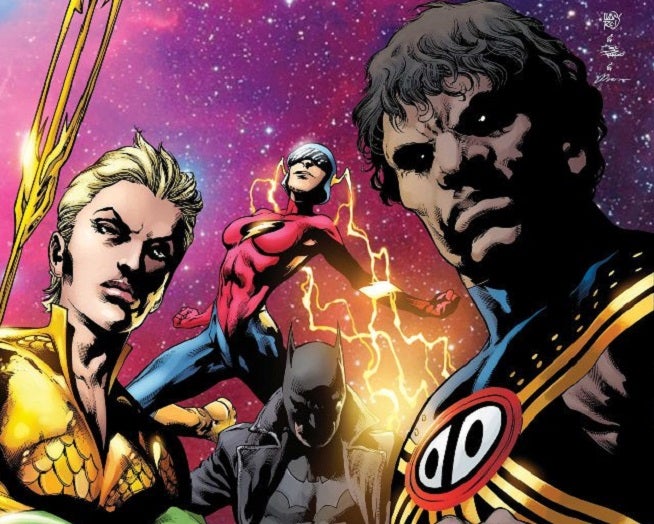 Grant Morrison's long-in-gestation superhero crossover The Multiversity will come to a close on April 1, the same day DC Comics' three weekly series wrap up and Convergence begins...and Uproxx has a look at the solicitation text for the final two issues of the book.

The Multiversity: Ultra Comics centers on the alleged "cursed comic book" that has appeared, at least briefly, in every issue of The Multiversity so far.  It will reunite Morrison with artist Doug Mahnke, who drew part of Final Crisis after J.G. Jones departed the series.

And whoa, Nellie, is it getting all Grant Morrison up in here... 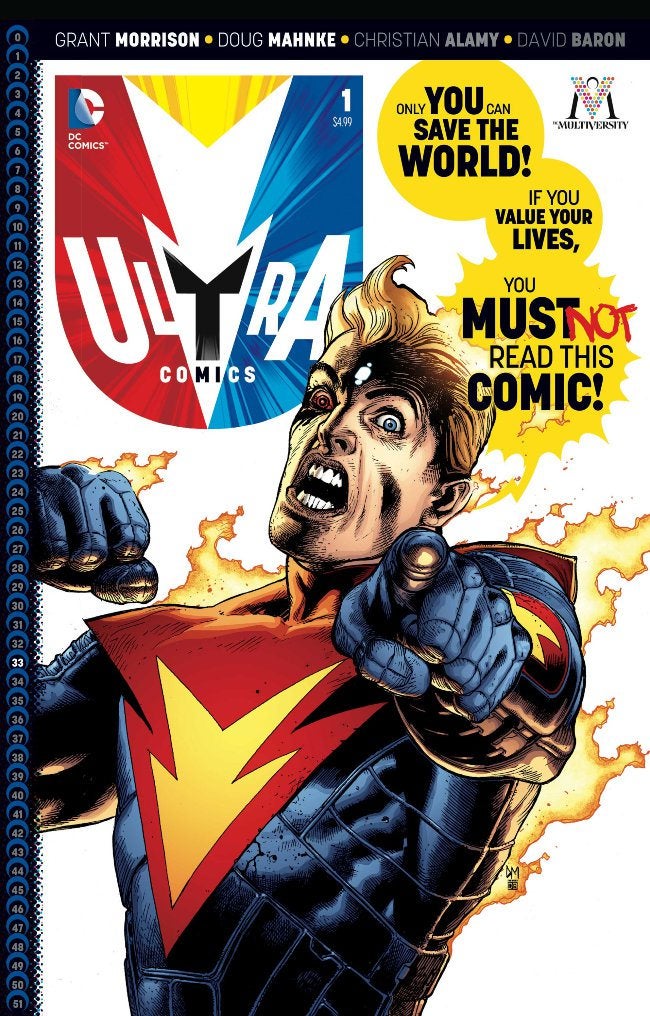 The penultimate chapter of the greatest adventure in DC’s history is here!

The acclaimed FINAL CRISIS team of Grant Morrison and Doug Mahnke reunite for a story so big it could only take place in the real world – that’s right, Earth-33 is back!
With the Multiverse under attack, a team of scientists create one final savior to take on the otherworldly threat…and its name is Ultra Comics! Literally held in your hands, one being will attempt to halt the annihilation of creation – and you, the reader, will have a front-row seat as you become an integral part of the resistance!

It’s another exciting, experimental story told by two of today’s top creators! You won’t want to miss this exciting issue which acts as chapter eight of THE MULTIVERSITY storyline.

Next up is The Multiversity #2, which will presumably pick up where The Multiversity #1 left off, with the heroes of a number of alternate earths being summoned to combat a wave of dark energy from a twisted Monitor. 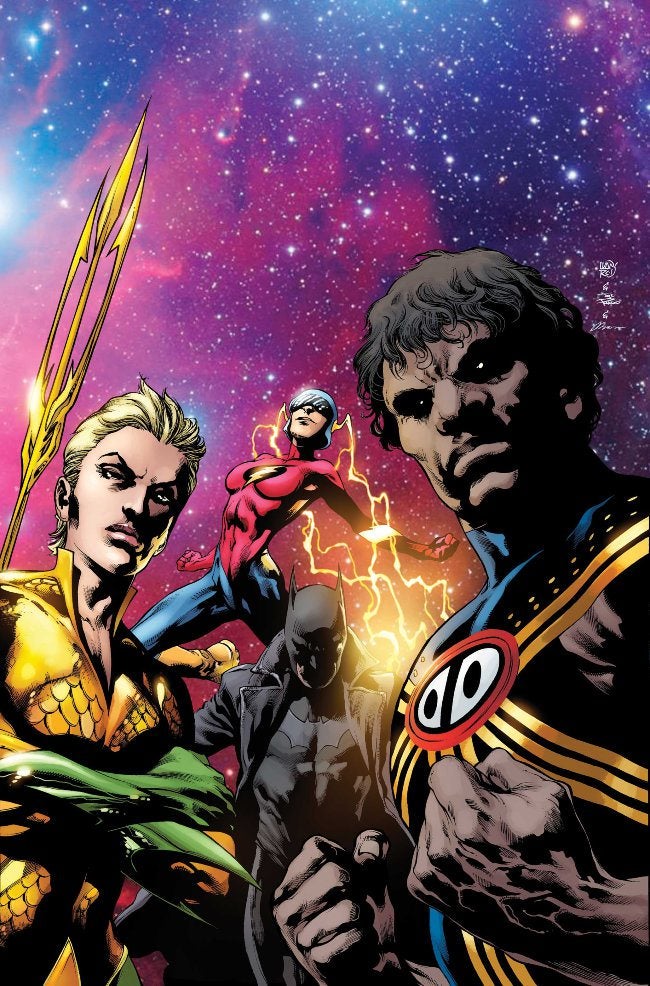 Every event in the history of the DC Universe has been leading to this! The final chapter of the greatest adventure of all time is here!

Issue #1 artist Ivan Reis reteams with mastermind Grant Morrison to end THE MULTIVERSITY and bring together the greatest and bravest heroes of the DC Multiverse to fight one last battle. But more than just some cabal of super-villains, they face the greatest evil that ever existed. An evil so massive, they actually may not stand a chance!

Who are the mystic Justice League of Earth-13 and what role does their leader Super Demon play in the crisis rising all around them? What shocking secret motivates the dark, nightmare henchmen known as The Gentry? And what is the final fate of Nix Uotan – the Super-God?!

The Multiversity: The End is Near as March and April Solicitations Released