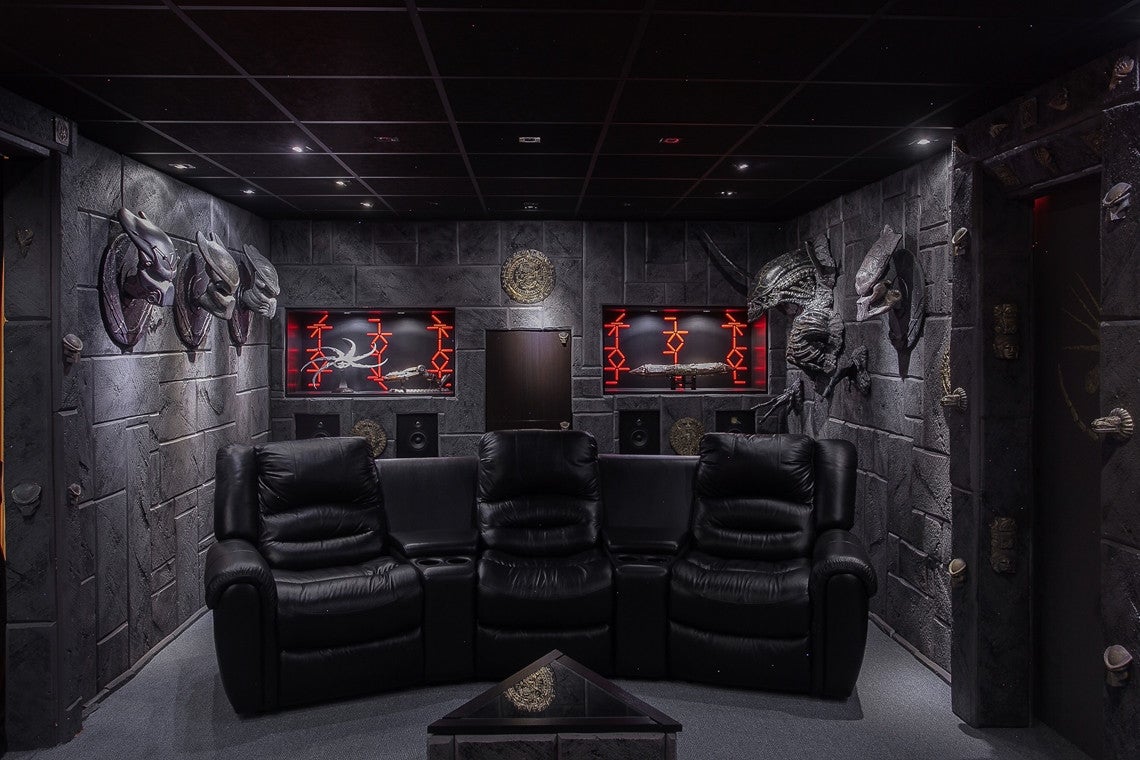 Looking for a home in Sweden? There's one up for sale. One catch: being a fan of the Predator films is strongly advised.

The house listing (via Bloody-Disgusting) features images that showcase Predator heads mounted on walls (and even a xenomorph from Alien), giant Predator replica statues, and even a home theater built to look like the Predator spaceship.

The franchise launched in 1987 with the film Predator, which led to two sequels and novel, comic book and video game spin-offs. In addition the series has also spawned the Alien vs. Predator films, which combine the titular Predator with the creatures from the Alien film series.

The last film in the franchise, Predators, was released in 2010. Earlier this year, director Shane Black confirmed that a Predators sequel is currently in the works.

The Perfect House For Someone Obsessed With The Movie Predator

A Quiet Place Part II Release Date Moved Up to May