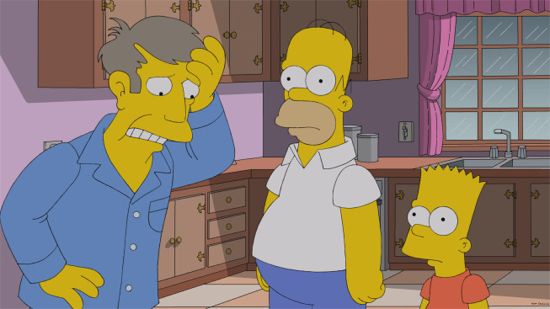 The Simpsons returns tonight with a brand new episode. Principal Skinner promises the students that the best-behaved among them can take a ride in a submarine. When Skinner gives all the kids a clean slate, Bart believes even his own past indiscretions will be forgotten if he doesn’t get into any more trouble. Meanwhile Lisa tries to help a cash-poor Krusty to turn things around by suggesting he sell the foreign rights to his shows.