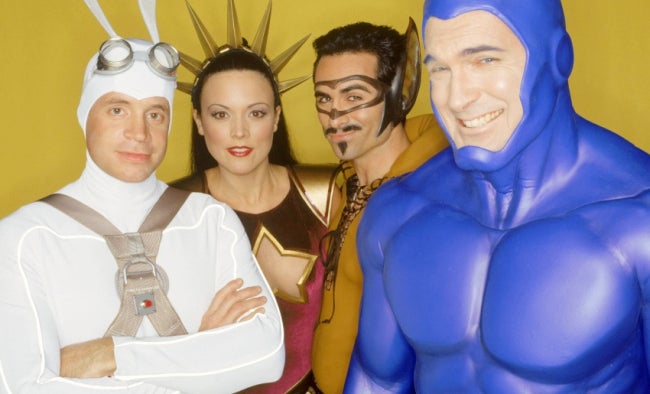 Ben Edlund, creator of The Tick comics and writer/producer on both the animated and live-action TV series based on the character, took to Twitter yesterday to confirm earlier rumors that the live-action series may be revived at Amazon.

The report, which came from People, claimed that original series star Patrick Warburton would reprise his title role as The Tick. No details were included as to whether Nestor Carbonell, Liz Massey and the rest would return in their roles.

While the animated series was a huge success for Fox, the live-action version lasted just nine episodes. It did, however, become a cult classic. The original DVD release was feature-rich, with commentary tracks, Easter eggs and other goodies usually reserved for things that made money. A more recent home video release was more stripped down, but at some point the fact that it's still in circulation ten-plus years later is pretty impressive in and of itself.

More on this as it develops...!