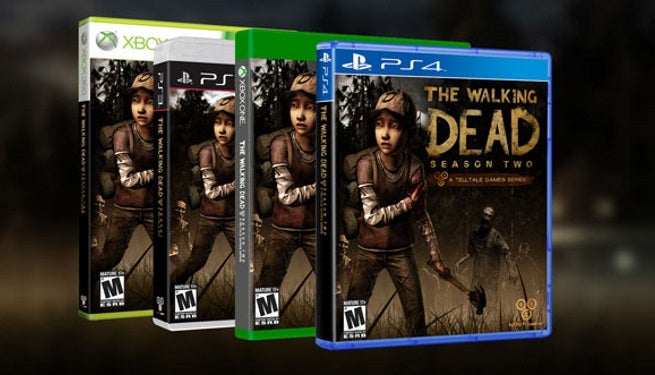 The first and second seasons of Telltale Games’ The Walking Dead are now available for Xbox One and PlayStation 4.

In the same world as Robert Kirkman's The Walking Dead comic book series, Telltale’s The Walking Dead video game offers an emotionally-charged, tailored game experience where a player's actions and choices affect how their story plays out across the entire series.

"Since the series premiere in 2012, the team has been incredibly proud to continue breaking new ground in the art of interactive drama as part of Robert Kirkman's award-winning universe," said Kevin Bruner, President and Co-Founder at Telltale Games. "Now available on over six thousand devices from console to mobile, the Xbox One and PlayStation 4 formats usher in an even greater reach for Telltale, and we're excited to be preparing players across the world for a thrilling third season that's yet to come."

The Walking Dead series has sold more than 39 million episodes worldwide, and the first season of the series earned more than 90 Game of the Year awards from various outlets. The second season has also received high praise from game critics.

The Walking Dead: Season Two - A Telltale Games Series continues the story of Clementine, a young girl orphaned at the outset of the undead apocalypse, left to survive in a world gone mad.  Players will struggle to outwit both the dead and the living in situations that will test their morals and control the flow of the story through the choices that they make.

The Walking Dead: A Telltale Games Series Is Now Available For Xbox One and PlayStation 4