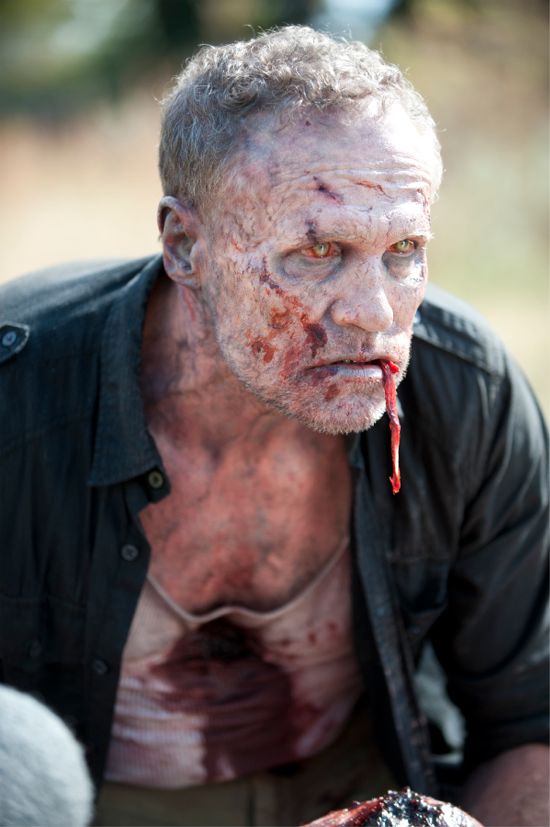 During Season 3 of The Walking Dead, one of the most shocking episodes was the “This Sorrow Life” episode, where Michael Rooker’s character Merle Dixon was killed off. While appearing at the Walker Stalker Con this past weekend, Walking Dead executive producer and director Greg Nicotero revealed that Merle Dixon’s death in Season 3 was a last minute decision.

“The trick with Michael [Rooker] was that him dying was sort of a last minute thing. Like, it wasn’t planned out at the beginning of the season. As we were going, it was like, ‘God, we love this character, and he’s so great.’ And, then I was directing that episode, and they called and were like, ‘Ok, so Merle’s going to die.’ And I went, ‘Oh, my god, are you kidding me? Really? I killed Dale. Now, I have to kill Merle.”

Nicotero added, “And I was just like, ‘Oh, Rooker is just going to just beat the crap out of me one day.’ I was like, ‘Hey, my door bell will ring, and it will be like in Repo Man, he’ll beat the s*** out of me.”

In regards to the scene where Daryl discovered his brother Merle was a walker, Nicotero said, “It was an easy scene for me to direct because Norman’s performance was so spot on that I got emails from people, ‘You made cry, man. That was bulls***.’ I just forwarded them on to Norman. It wasn’t me. It was him.”