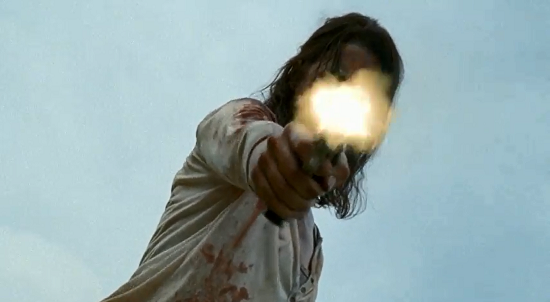 With baby Judith, Rick and Carl discovered Judith’s bloody car seat, and they assumed that Judith was dead. However, there was no sign of Judith’s body. With The Governor, Michonne stabbed him through the chest with her katana. As The Governor lay dying, Lilly walked up and finished him off by appearing to shoot him in the head. However, The Governor’s body was never shown, so viewers had no way of knowing for certain if Lilly’s shot hit its target. There has been some speculation that The Governor might still be alive.

In regards to baby Judith, the mystery is still out there. However, in regards to The Governor, Comicbook.com obtained some official AMC photos, which conclusively proof that The Governor is indeed dead.

The first photo below shows The Governor’s face after Michonne stabs him, but before Lilly shoots him. Notice that there is no blood on his forehead. The next couple photos from AMC show The Govenor’s head with the bullet wound in his forehead. Apparently, there was a scene filmed for the episode that showed The Governor’s dead body, even though it didn’t make the final cut for the episode that aired.

Of course, we imagine that some could still argue that since AMC didn’t include the shot of The Governor's dead body with a bullet hole in his head in the actual episode, it can’t be considered canon. 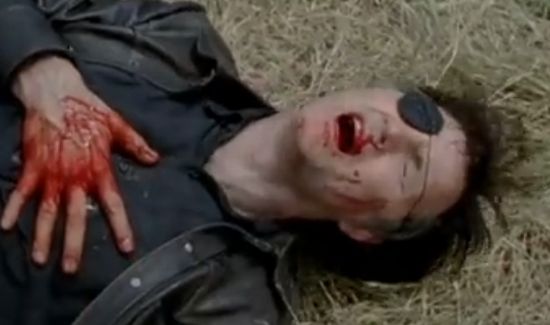 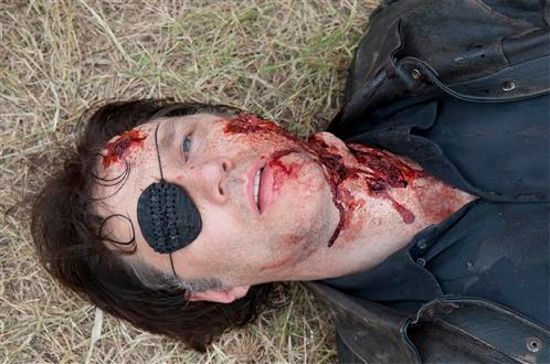 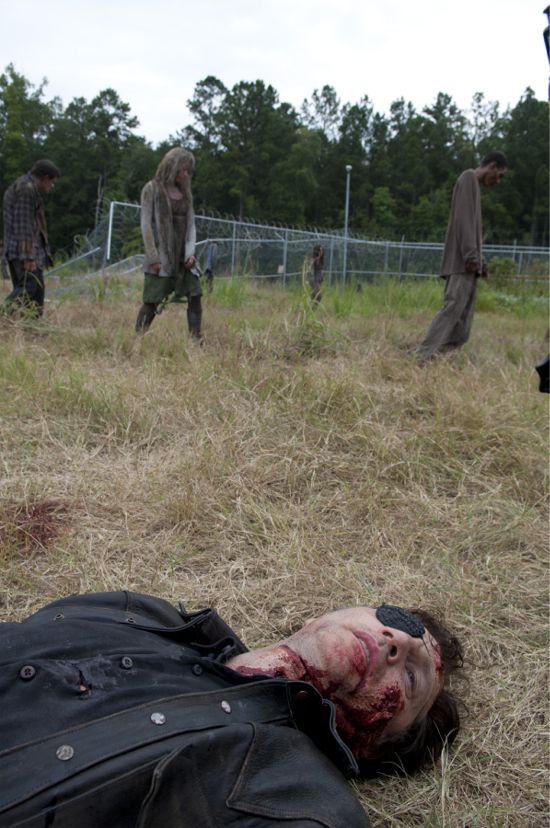 The Walking Dead: Photographic Proof That Spoiler Is Dead