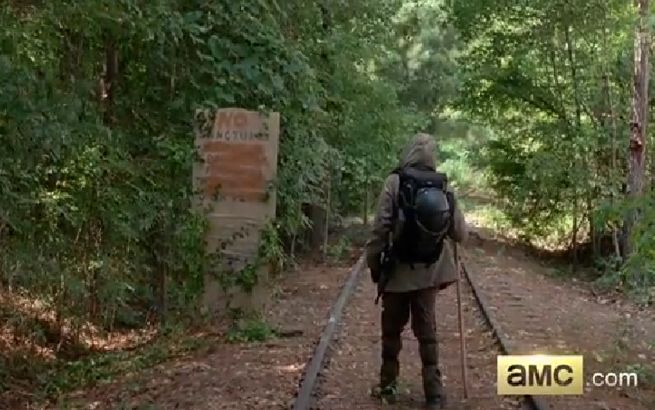 Spoiler Warning: At the very end of The Walking Dead Season 5 premiere, AMC dropped a big surprise on viewers. AMC has also released video of that very big surprise online, which we’ve embedded below, so stop reading now if you haven’t watched the episode yet and don’t want to know who returns.

In the video called an “Unexpected Return,” a man is at first seen from the back looking at the No Sanctuary sign. The man turns around, and he’s wearing a black mask. He pulls off the black mask and reveals himself to be Morgan Jones. After pulling off his mask, Morgan spots an x-mark in a circle on a tree, before he starts to head in a different direction than Terminus.