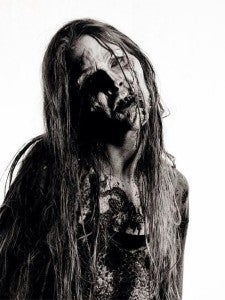 The announcement earlier this week that AMC's The Walking Dead will get a "companion series"--being referred to by most as a spinoff, although technically it's a bit different because the original series will air simultaneously with the second show--in 2015 has raised a lot of questions.

Other than a few very cursory remarks by series creator Robert Kirkman and executive producer Gale Anne Hurd, almost nothing is known about the new series. But what are the things that are nagging at us the most? 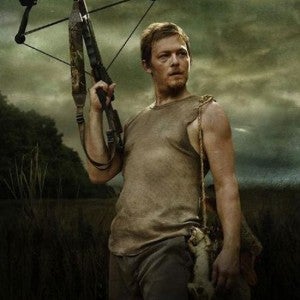 Will the characters be familiar or new?

Generally, spinoffs take a character (or more) with them.

When Mork & Mindy, Laverne & Shirley or whatever else spun out of Happy Days, those characters didn't simply exist and say, "Hey! We're in the same town!" The stars came out of the original series and, once they'd built a bit of a fan base, they were shunted off into their own corner of TV land.

A show based on Daryl might seem like the obvious choice, since he's a hugely popular breakout character who didn't exist in the comic book source material, meaning that if you removed him from the original series it wouldn't change the trajectory of the group much. But would they really want to lose such a valuable asset as Daryl in the main series?

There are plenty of options for The Walking Dead if they want to go this route; we could start to follow The Governor and his men; we could take Daryl out of the prison and make him well and truly the lead character in his own show. Even Tyreese, or someone else from Woodbury who hasn't got a lot of development yet, could be a decent choice.

But, whereas most shows would require such a thing to connect it to the original series, or else you wouldn't really be able to call it a companion series, that's not true in the case of The Walking Dead. The world of The Walking Dead is itself kind of a character, and having anything set in that world with a consistency of look and approach would immediately scream "The Walking Dead." 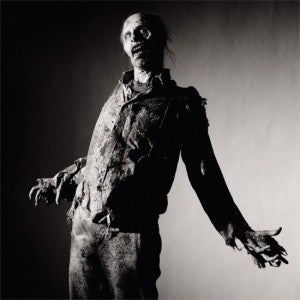 What's going on behind the scenes?

There are a lot of conclusions that can be drawn about the process by which this companion series has been developed, and some of them are pretty key to the existing series.

-Is this what drove off Glen Mazzara? The former showrunner said that he was leaving because he didn't agree with the direction AMC and Robert Kirkman wanted to take the series. Could it be that, when presented with the idea for a spinoff, Mazzara wasn't warm to it? It doesn't seem too unlikely; it's not like these things come together in an afternoon, and the spinoff would have to be key to the overall approach to world-building on The Walking Dead going forward.

-Who will be the new showrunner? Scott Gimple just took over the reins of The Walking Dead, and there are times when the thing you'd want is to take a proven performer like the shworunner of your existing series and give them the spinoff. The problem? Gimple is not only brand-new to the gig, but removing him to take over the companion series would necessitate yet another new showrunner for The Walking Dead--the fourth in what will by then be about six seasons. Eventually that lack of stability seems likely to take a toll on the series. Most likely, the showrunner of the new series will be David Alpert, who is listed as a producer in the press release announcing the new show.

-What about Thief of Thieves? We're guessing that Kirkman and Hurd's other TV projects will take a back seat to this one since something set in the world of The Walking Dead seems likely to be a sure-fire hit. 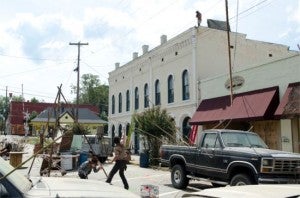 Back to the beginning?

It might be interesting to see when the series begins. If the new show started in the earliest days of the zombie apocalypse, it could be an opportunity to have a fresh take on what ever happened to the world, from the perspective of somebody who wasn't in a coma the whole time. It could also provide the opportunity for cameos or guest appearances by fan-favorite characters who died in The Walking Dead, if they played it right.

On the other hand, if the show were to take place in the "current day" as far as the main series is concerned, the two would have more flexibility to tie in together in subtle ways, providing differing takes on things happening at the same time or allowing characters to flow between the shows if writers wanted (or if the spinoff doesn't work and they need to close up shop).

Could we get a comics adaptation?

This is probably a long shot, but could we get a comic book based on whatever the new show is called? DC have Smallville and the Beyond titles now, which are based on TV series that were originally based on DC characters and concepts, so it's hardly unheard-of...but it would be unusual.

There's also the legalities involed. If new characters were introduced on the new series, those characters would most likely belong, at least in part, to AMC which might pose a difficulty in terms of introducing them into the comics. That's something that some have speculated is standing in the way of bringing the Dixon Brothers to the printed page. 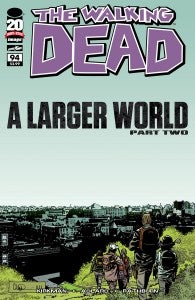 Could this be Kirkman's "larger world?"

In the initial statement, series creator Robert Kirkman said, "I couldn’t be more thrilled about getting the chance to create a new corner of The Walking Dead universe. The opportunity to make a show that isn’t tethered by the events of the comic book, and is truly a blank page, has set my creativity racing.”

That's not dissimilar to something he's tried to do in the recent past in the comics, in terms of creating a larger world that gives a sense for what everyone who isn't Rick is going through and gives him a broader canvas to paint on in the series. Could the idea for a spinoff come out of that process?

And might we see elements of the comics that don't really fit with the different feel and direction of the TV show, turning up in different ways in the new series?