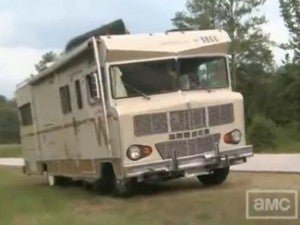 At the Nashville Comic & Horror Festival, actor James Allen McCune, who played Jimmy from the farm, participated in a panel on The Walking Dead. McCune’s character Jimmy is perhaps best remembered for his tragic ending. In the season two finale, Jimmy drove the RV to rescue Rick and Carl from the top of the burning barn, but he was ripped apart when zombies subsequently entered the RV. The burning barn caught the RV on fire, and the last viewers saw of the RV, it was engulfed in flames.

During the Walking Dead panel, McCune said, “I’m just happy I took down one of the iconic characters with me. No one is going to remember who I am, but I got the RV.” McCune added, “I looked on Twitter after my death, and everyone was like ‘The RV!”

McCune also revealed the fiery end of the RV wasn’t how the original script read. McCune said, “Actually my death was originally going to be far more dramatic than it ended up being. The initial thing that Greg decided, his initial write for it was that I was going to drive the RV, mowing people down the whole way, go across the field mowing a bunch of people down. Then, park next to the barn, climb up myself, motion for Rick to come jump down with me, and I would jump down myself first onto the RV, get inside through the sunroof, and then the walkers would rock the RV, and they eventually knock the whole thing over. The last thing Carl sees is he sees my face get pushed against the windshield, and they all tear me apart in the windshield. And that was originally going to be my death scene.”

McCune added that the scene was changed because producers didn’t want to spend the money to turn the RV over, because they would then have to get a crane to lift it back up. So instead of zombies flipping over the RV, Jimmy just got eaten and the RV burned. 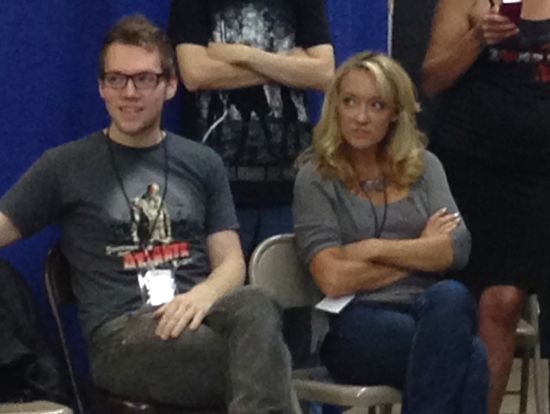 The Walking Dead: The Original Fate Of The RV Revealed