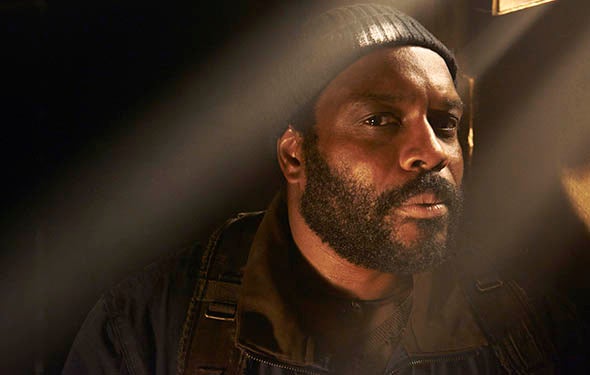 Chad L. Coleman, the The Wire veteral currently appearing as Tyreese on AMC's The Walking Dead, has joined the cast of Syfy's The Expanse, based on the bestselling book series by Daniel Abraham and Ty Franck, Variety reports.

Coleman joins former Punisher Thomas Jane in a spacefaring story about a hardened detective (Jane) and rogue ship captain (Steven Strait) who team up to find a missing girl, and find themselves in an interplanetary conspiracy.

Coleman will play Fred Johnson, a former Marine caught in a power struggle between Earth and Mars.

Of course, anytime a cast member on The Walking Dead takes another job, rumors immediately start to circulate about the fate of their character. David Morrissey took another show just before The Governor died, but rumors that Morgan would die after Lennie James took the lead on Low Winter Sun were obviously unsubstantiated. With Tyreese's character in the comics already long gone by this point in the story (his death waas replaced on the show by that of Scott Wilson's Hershel Greene), speculation that he will die has been coming up with each major new event or episode on the zombie drama.

Kristin Hager, Shawn Doyle and Jared Harris will also star in the series, which will run for ten episodes and be written by Mark Fergus and Hawk Ostby, who also worked on both Children of Men and Iron Man. Fergus and Otsby will serve as showrunners and executive producers along with CSI's Naren Shankar.

The Walking Dead's Chad Coleman Joins Syfy's The Expanse: What Does This Mean For Tyreese?