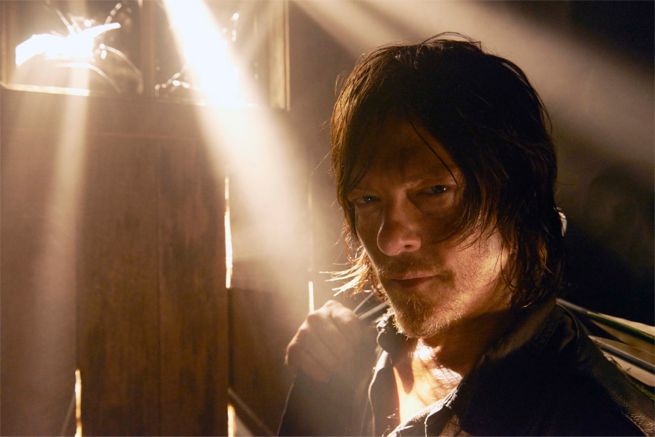 Norman Reedus, who plays Daryl Dixon on AMC's hit zombie drama The Walking Dead, will participate in his first-ever "Ask Me Anything" interview with fans on Reddit tomorrow.

The actor made his announcement today via Twitter, saying that he'll be conducting the event at 2 p.m. Eastern Time.

sunday at 2pm east coast time im doing an AMA on reddit , never done this before might get weird. pic.twitter.com/lu9Uk7uMvF

Daryl was a key part of the controversial midseason finale for The Walking Dead, and in general has been the subject of a lot of online scrutiny over the last two years regarding his love life. Expect plenty of the questions to come from "shippers," irate and otherwise, as well as the standard questions he gets at panels about things like eating squirrel and The Boondock Saints 3.

Earlier today, ComicBook.com reported on a t-shirt Reedus designed and has made available for two weeks (11 days remaining) on Represent.com. The proceeds go to The Felix Organization, a group that helps children in need.