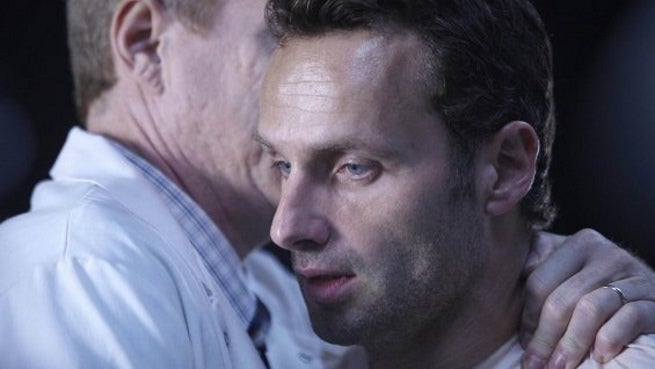 Speaking to The Hollywood Reporter, The Walking Dead creator Robert Kirkman reveals his biggest regret about AMC’s television adaptation, and it has to do with how the first season ended.

"If I had to do it again, I wouldn't have done the CDC episode [at the end of season one]," Kirman says, referencing the episode where the survivors discover that they are all already infected. "It possibly gave away too much information and was such a big change very early on in the series."

Compared to The Walking Dead comics, this revelation comes quite early in the television series. In the comics, Rick and company find out later on, when Tyrese’s daughter returns from the dead as a walker without being bitten first.

"I feel like there might have been a better way to wrap up the first season," Kirkman says. "It ended up being a fun episode. I love the character of Dr. Jenner and thought Noah did an amazing job. But there were things in that episode that I think seem very much not of The Walking Dead world."

One of those out of place elements is the mention of ongoing cure research in France.

"I probably would have changed that stuff," he says. "I've been careful in the comic series to not say what's happening in other parts of the world. It's something that's going to be fun to explore in the spinoff series. But the fact that France is mentioned in that episode and other things like that, I probably would have steered away from that stuff if I had to do it all over again."