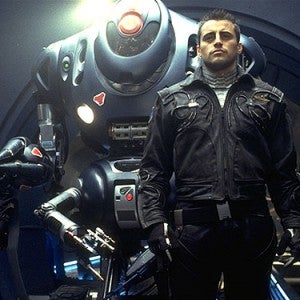 With Man of Steel on the horizon and Dredd 3D in the rear view mirror, it's easy to find yourself thinking about some of the best and worst movies ever made where a beloved character or group of characters returned to the silver screen after a long absence.

Here are some of the ones we wish we could forget.

This one's a little tricky; the original Lost in Space wasn't the kind of masterpiece that Superman: The Movie or Raiders of the Lost Ark were. The bar for the film adaptation wasn't exceptionally high.

The reason it seems so terrible is, frankly, that it's hard to imagine a reason behind making that film. I mean, if you go into a pitch meeting with this movie, why would anyone give you money? Who would think they'd ever see it again? It's not that it was as terrible as some of the others further down, but this movie really just had nothing going for it and, given that it was based on a property with not a ton of people clamoring for a film, one has to wonder whether it would have been better to just let the franchise stay retired.

Is this the worst superhero film of all time? Not by a long shot. Is it the worst Superman movie? Not even.

Still, after more than a decade away from the big screen and with the baggage of Christopher Reeve's tragic accident and very public life afterwards, Superman Returns needed to be magical. It seemed as though Warner Bros. knew that, too, taking X-Men and The Usual Suspects director Bryan Singer aboard.

But from the word go, there were a lot of reservations about casting. When the first trailer hit, most fans forgot about those--but when they got to the movies and the whole thing didn't particularly work, it became easy and fashionable to fall back on those same old complaints: Brandon Routh wasn't Christopher Reeve.

Cooler heads have ultimately judged that the movie's shortcomings came mostly from its writing, and it certainly has its defenders...but even Singer acknowledged that it was a bit too slavish to the Richard Donner films, meaning that the whole thing felt a little like an anachronism in 2005. 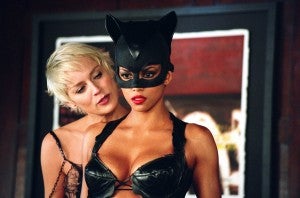 Did you know that Catwoman was originally envisioned as a spinoff of the Tim Burton Batman films?

Yeah, it was in development for a really long time.

Of course, I don't know whether it was really in development all that time, whether they just came on late and decided (then un-decided) it or what, but original screenwriter John Rogers (Leverage, Blue Beetle) has said that whether or not Batman Returns would be canon to the movie was something of a source of confusion at Warners and among the production folks. Ultimately, of course, it was decided to go in another direction with a whole other character. But that original conception is why we're going with this being a "return" to the big screen even though it was Catwoman's first solo film. After Batman Returns, everyone wanted to see a Catwoman movie--making it when they did would be like waiting until 2025 to make a Hulk movie and then saying, "This has to work, right? I mean, everyone loved The Avengers!"

And then doing The Hulk really badly.

Indiana Jones and the Kingdom of the Crystal Skull

Indiana Jones has one of the longer hiatuses on this list, and it was for one reason: Since George Lucas controlled the property lock, stock and barrel, it was easy for him to prevent another one being made until he felt good about the script.

It's hard to pinpoint exactly; while certainly there were elements of the film that could have been fixed with effects changes and post-production magic, the reality is most of the problems were there on the page. Nobody in post decided "Hey! Let's nuke the fridge!" or "I know--aliens!"

But the other side of that? I wasn't one of those people who thought aliens couldn't be done. If you'd left some wiggle room there, instead of playing it for a big set piece, it could have worked in an X-Files sort of way. But seeing the actual flying saucer was a bit much.

Shia LaBeouf, meanwhile, was pretty terrible in this movie--but blaming the whole affair on him or even his character is silly. Again, it's a concept that could have worked with a little tweaking, and Shia is capable of turning in a strong performance under the right circumstances. 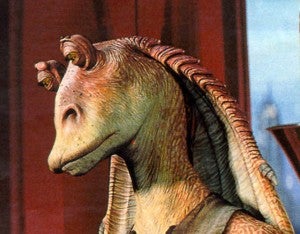 Look, again this isn't the dog that a lot of people want to make it out to be; at 19, and not having watched the original trilogy in a while, I remember watching the film and thinking, "This isn't Shakespeare, but it was a lot of fun."

But at the end of the day, there were so many niggling little continuity errors in the film and so many things that didn't work or make sense for the hardcore fans that one has to wonder, couldn't this have been the first installment of something new and clever? Wouldn't it have been less universally-reviled if Lucas had said, "Here's another story set in the world of Star Wars," or even just "Here's another space opera!"?

And no, it wasn't terrible--but it didn't feel like Star Wars, which is really what we were getting at above. It was missing the majesty and the sense of epic, sweeping scope, and the feeling that we were being brought somewhere special.

And with all the hype and all the discussion of the franchise before it hit theaters, it really, really needed to feel like Star Wars.

The Worst Big-Screen Returns of All Time