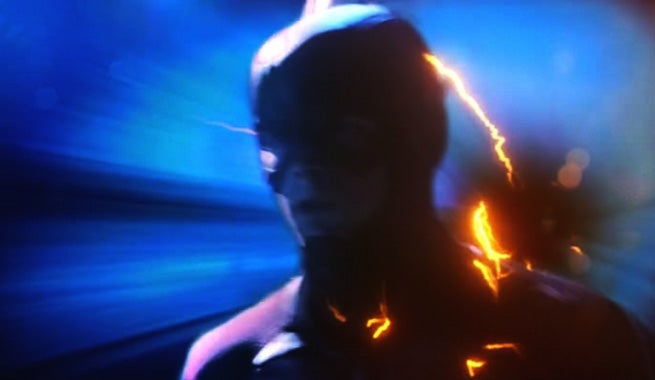 Last night, The Flash's season finale, which was as mind bending as it was heartbreaking, aired on CW. We're all left wishing we could travel through time and watch season 2, but unlike Barry Allen, we can't do that. Be warned, spoilers  follow if you have not yet seen the season finale of The Flash.

Flash and his team figured out a way to travel through time. Barry sprinted to the opportunity which gave him a chance to save his mother. However, when Barry was traveling through time, he saw several instances of different times. Not only did he see what appeared to be the past but he also saw the future - or maybe even an alternate universe. 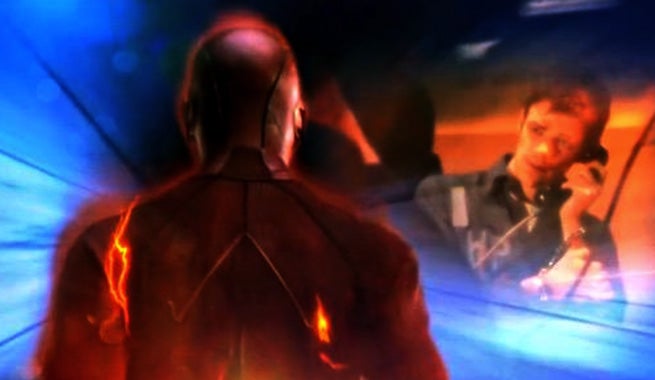 This is arguably the most interesting thing Barry sees when traveling through time - a look at himself in prison. At first glance, it was easy to assume we were seeing Barry visiting his father and talking at the prison, but look closer. Barry is handcuffed. It could be the future, it could be a parallel universe... It raises infinite questions. 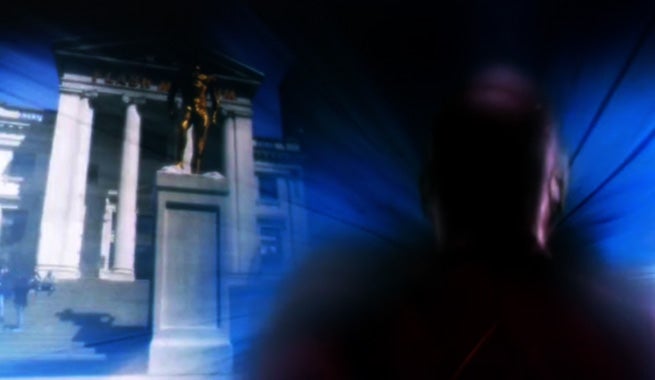 The image flashing by that got everybody most excited seems to be the Flash Museum. The Flash Museum is dedicated to the several people who have been The Flash. More than once in the comics has it been destroyed and rebuilt while Barry Allen and Wally West took on the burden of being the Flash. Originally located in Central City, the Flash Museum moved to Keystone City after being destroyed by Hunter Zolomon. 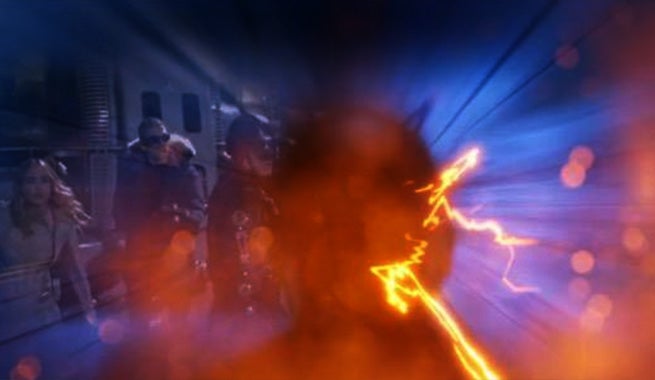 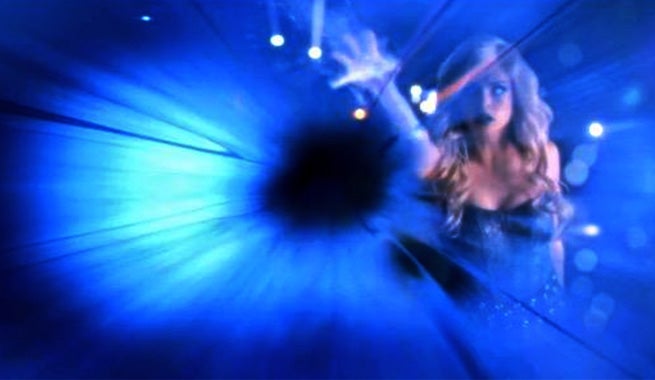 As of now, Caitlin is friend but as of this image, Caitlin is foe. Barry saw a glimpse of Caitlin Snow as the super villain Killer Frost. Killer Frost has connections to H.I.V.E., an organization that's been referenced in Arrow, and is most closely associated with the hero Firestorm, whose stepmother in the comics was Felicity Smoak, a regular character on Arrow. 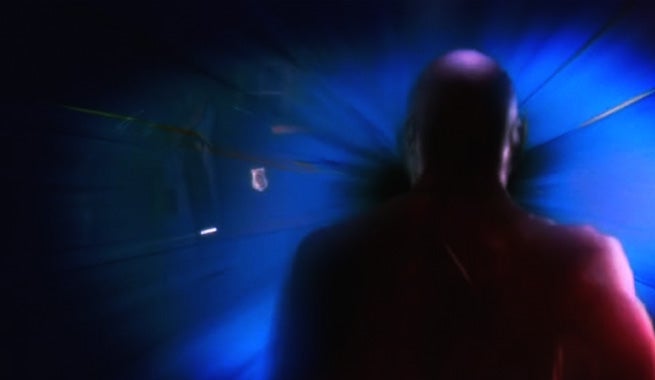 This obviously feels like just another look at Joe West, Barry's father figure, but it may be more than that. There's the chance it was just thrown in for a dramatic build on the fact that Barry's memory of Joe may be erased if he saves his mother, but it may wind up being a key scene from the future. 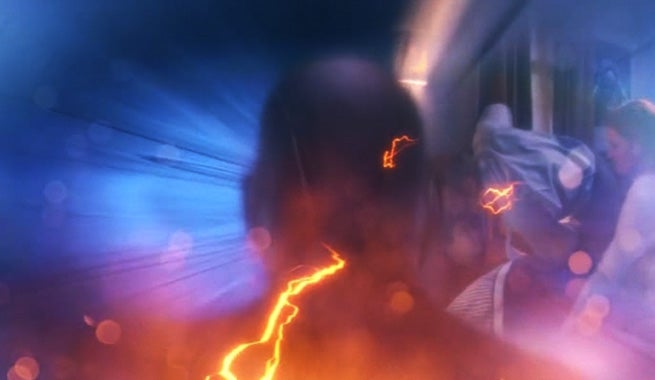 Among the scenes Barry looked at was a happy scenario from the past where his parents put him to bed. Of course, Barry was trying to focus on the memory of his mother's murder, so this was short-lived. 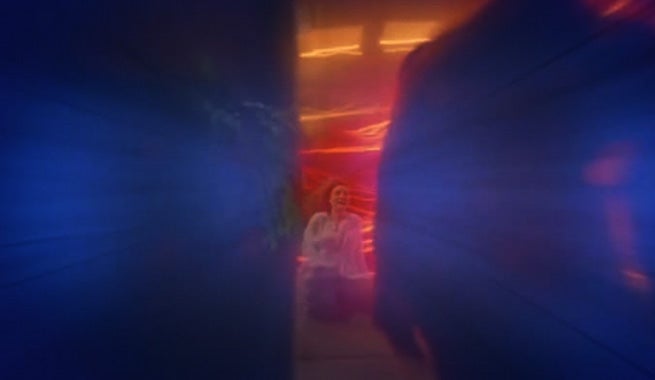 As Barry arrived at the time of his mother's murder, he saw her, trapped by the fight of his older self and Eobard just before he stepped into the setting.

What do you think will result from Barry Allen traveling through time? Now that Eobard is erased from existence, do you think there will be parallel universes?

The Flash: Things We Saw In Barry's Speed Force Vision