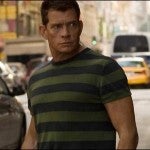 Over the weekend, word broke that Taylor Kitsch (X-Men: Wolverine, Friday Night Lights) landed the coveted title role in 'John Carter of Mars.' Now it looks like 'Spider-Man 3' actor Thomas Haden Church could end up in the film as well. In an interview with Reel Talk, Haden Church said:

The actor didn't specify which character he would play. 'John Carter of Mars' centers on a former Civil War veteran that dies and is mysteriously taken to Mars. On Mars, he takes a prominent role in a battle of Humanoids and Aliens. The film is scheduled to begin production early 2010.