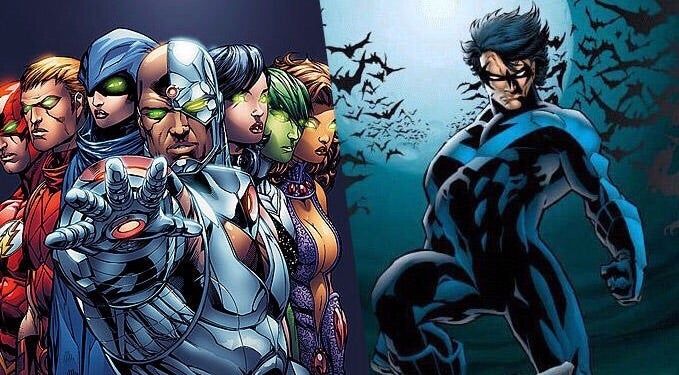 This morning, CBS announced its full Fall 2015 line up, which includes the Supergirl series. Fox recently debuted the trailer to the upcoming Lucifer series as well. There's one project's production though, that's been fairly quiet until now.

TVLine is reporting that the Teen Titans series, which focuses on Dick Grayson as Nightwing is reportedly still in the works and will be nothing like TNT has produced before. When asked for any production statuses, TNT President Kevin Reilly mentioned it would be "maybe the summer" before things really get going.

?I think it?s going to end up being a very, very interesting offering," Reilly said. "I think it?s going to be excellent.? The series' pilot is being written by Oscar winner Akiva Goldsman (A Beautiful Mind) who also wrote the Joel Schumacher Batfilms and hasn't been seen in the comic book cinema landscape since. Reilly is assured Teen Titans will be different from the rest of the comic book TV shows currently on, as well as Goldsman's intentions for it to be "very true" to the comic.

In talking about the setting of the series, Reilly explains not they're trying to capture the essence of the comics, and gives us an idea on where these characters are. ?There were consequences to things that happened; it wasn?t somebody died and they moved on. There was the first superhero to be an addict [in Roy Harper?s Speedy]. It?s a coming-of-age story for Robin, who feels like Batman has betrayed him

What do you think ComicBook.com readers? Are you excited to hear more about Titans? Let us know below!