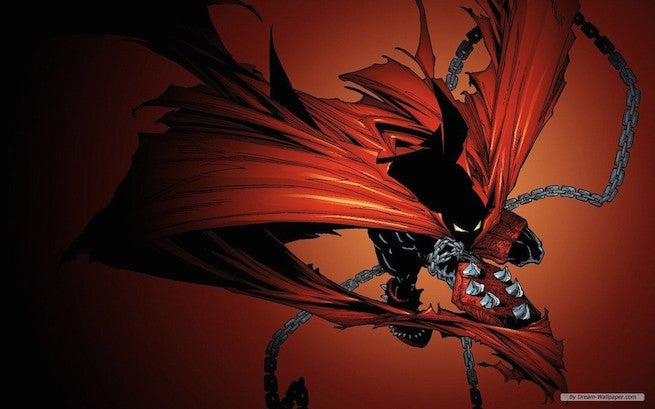 Spawn creator, Todd McFarlane shared some of his promotional artwork from his popular comic book series on social media today.

Post by Todd McFarlane.
Post by Todd McFarlane.
Post by Todd McFarlane.
"It would have been EASIER to stick with Marvel Comics!!!!!!," McFarlane said in a social media update. "LIFE would have been far easier to stick with drawing Spider-Man, collect a big check, fly to conventions and act like a big shot. But instead, I turned my back on a sure thing.... and perhaps for some, an UNATTAINABLE GOAL.
But I think that's the difference between entrepreneurs and employees. I think that entrepreneurs just JUMP OFF the cliff where employees usually ask the questions, "how high is the jump, will there be a soft landing...????" Neither is BETTER than the other- they're just DIFFERENT."
The comic creator added, "When I left Marvel... I JUMPED OFF THE CLIFF into the unknown to start Image Comics and then McFarlane Toys. But I knew in that by following my heart, I would be a better husband and father. No amount of money could be buy me that!!!"
McFarlane tells why he remembers when he created the rendering back in 1991. "I drew this Spawn promo piece the very same day I quit Marvel. This was the FIRST full-fledged Spawn promo piece and the very FIRST piece that was ever printed for the PUBLIC with Spawn on it. It's also the ONLY image of Spawn drawn in 1991... all others were copyrighted in 1992. Moral of the story....follow your passions, good people."
To date, Spawn is one of only two titles still being published by Image since the label's 1992 debut. The other title to hold this distinction is Savage Dragon.
Start the Conversation