As if a new Star Wars: The Force Awakens trailer wasn't enough, Disney has just released the first teaser poster for this Winter's blockbuster film. Not only that, a new poster was given to attendees of Star Wars Celebration. You can check that one below with the full size poster in the gallery below that. 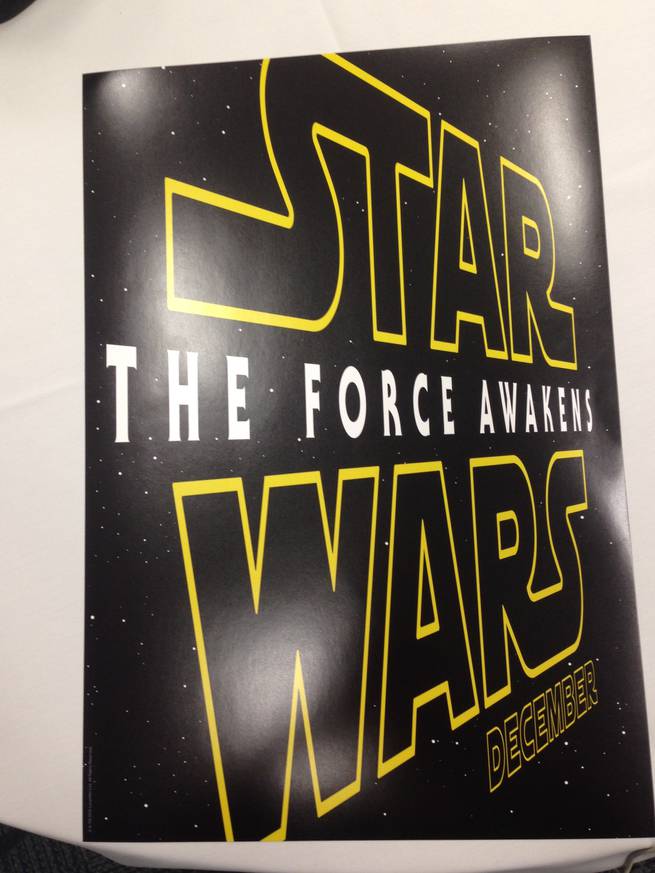 Star Wars: The Force Awakens is scheduled to be released in theaters on December 18, 2015.