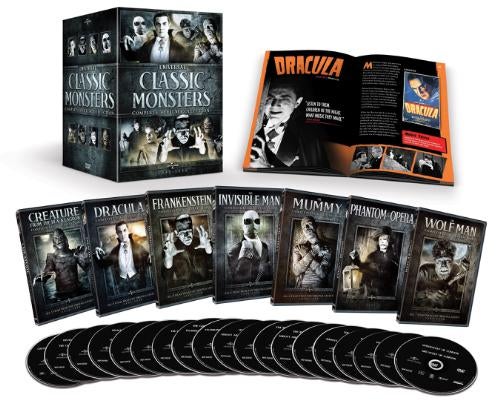 For the first time, Universal Studios will release a DVD set collecting all 30 of its classic monster movies. Universal Classic Monsters: Complete 30-Film Collection will be released on September 2 and will include every film featuring Universal’s roster of classic creatures, including Dracula, Frankenstein, The Mummy, The Invisible Man, The Bride of Frankenstein, The Wolf Man, The Phantom of the Opera and The Creature from the Black Lagoon.

The films including in the Universal Classic Monsters: Complete 30-Film Collection are: