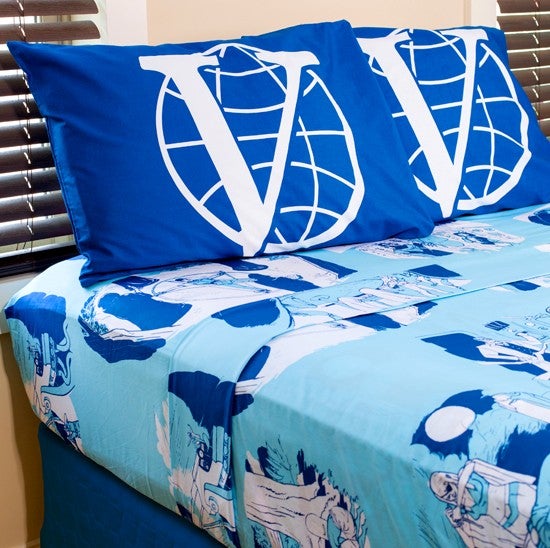 While we can only dream about a new season of The Venture Bros., Cartoon Network is making it a lot more easier with—yes—official Venture Bros. bed sheets. 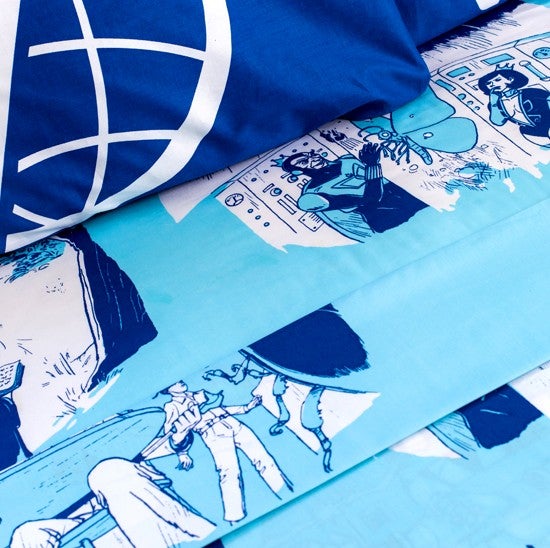 As you can see, the sheet set features the Venture Bros. logo on the pillowcase, and small images of the Venture Bros. cast on the top and bottom sheets. While some fans may wish that they could spend a night with Molotov Cocktease or Brock Samson, this is probably the closest that they'll get. Oh, and did we mention that they look comfy? Because they do.

Clocking in at a 300 thread count, these beauties could lull even The Monarch into a peaceful slumber. But sadly, as The Comics Beat points out, the sheets are only available in one size, for either queen or full sized beds. We're not sure exactly how that works, but as long as they feature the Venture Bros., we're good. Perhaps if you know a good seamstress, or just don't care, they'll work on king or twin sized beds. The sheets will set you back $50, but as Adult Swim's webstore promises, it's only through one payment. What a break!

And while these bedsheets should content any Venture Bros. fan for the foreseeable future, there's even more good news: The Venture Bros. will return, however briefly, for a one-hour special on January 19th, 2015.