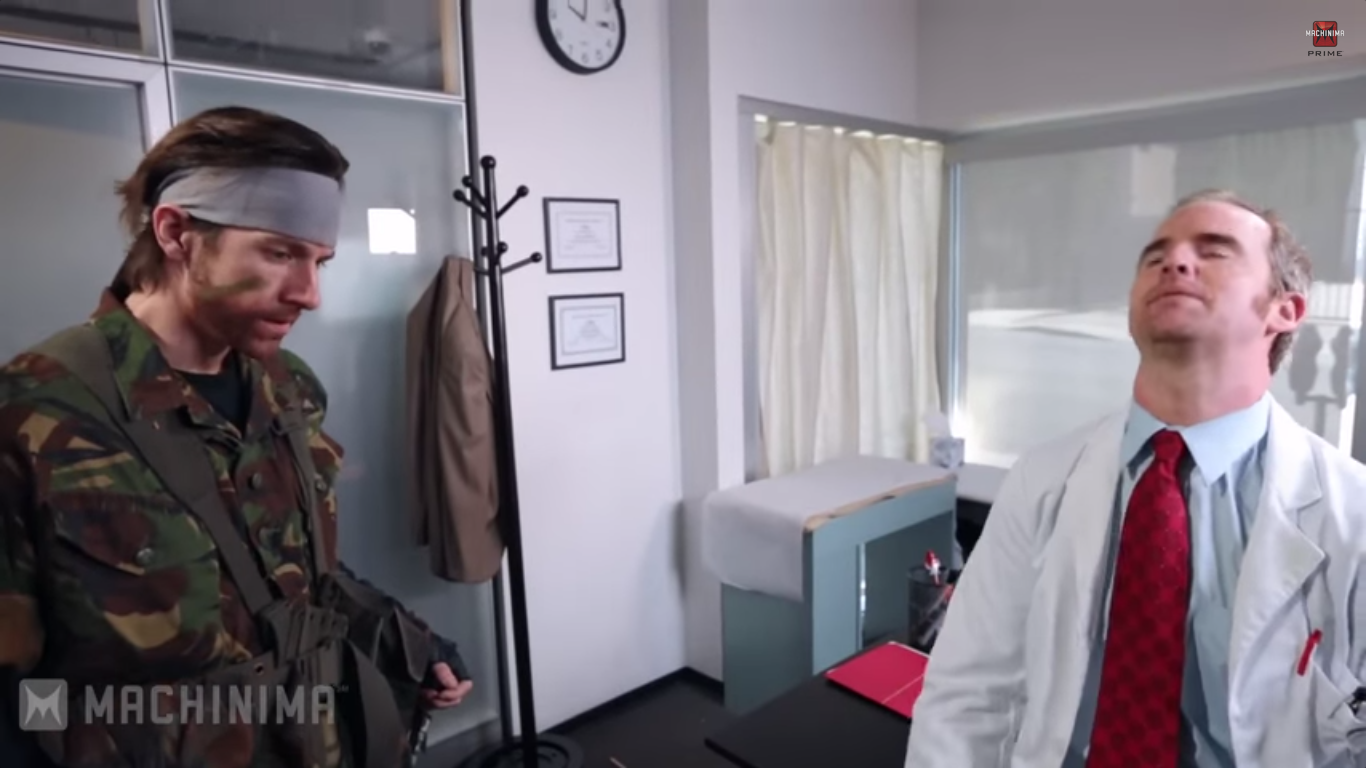 For a guy who tries so hard not to let the bad guys get to him, Solid Snake's smoking habit is not only dangerous in the abstract -- the same way it would be for you or me, with cancer risks and the like -- but in a very practical sense, too, making breathing harder which presumably slows him down and making him easier to spot in the dark.

So, what impact has it had on his life? Find out in the premiere episode of Machinima Prime's new video game comedy Dr. 1Up.

You can check it out, along with the official description of the series, below.

The world's most popular video game characters are not exactly known for leading a healthy lifestyle. Smoking, eating unhealthy, and fighting some of the nastiest "bosses" of all-time can lead to significant illnesses and injuries. Enter Dr. 1Up. The title character and star of an all-new original comedy series, Dr. 1Up is there to make sure that the stars of the gaming universe will be healthy in time for the launch of the next game in the series...or is he?

The first all-new original program to launch on the re-branded Machinima Prime, Dr. 1Up is visited each week in his office by the biggest and most fearsome names in the video game world - including Master Chief (Halo), Lara Croft (Tomb Raider) and Nathan Drake(Uncharted), Raiden (Mortal Kombat), and much more - so he can treat each character's ailments. Dr. 1Up is directed by Ukrainian Yuri Baranofsky (Break A Leg, The Temp Life, Leap Year) and written by Woody Tondorf (The Morning After, The Dark Knight Legacy).  The series stars Noel Carroll as Dr. 1Up, YouTube personality Bree Essrig as Nurse Janet and Haley Mancini (Most Popular Girls In School, Smosh's 16 bit High, Mad Men) as Dovahkiin. Additionally, each episode will feature notable actors and YouTube personalities including Inside Gaming HostAdam Kovic who plays Master Chief and premiere voiceover star Matthew Mercer (Attack on Titan, Destiny, Arkham Origins, Resident Evil) who portrays Solid Snake.

The premiere episode of Dr. 1Up, in which we learn about how all that smoking has impacted Metal Gear's Solid Snake, launched Friday, October 3 on Machinima Prime. In the episode, Nurse Janet (Essrig) concocts a plan to get Joel and Ellie from "The Last of Us," to stop whistling; it involves giraffes. In the exam room, Dr. 1Up tries to break the difficult news to Solid Snake that his body is positively riddled with tumors from smoking, but Snake's inability to stay visible for more than 10 seconds brings 1Up to the breaking point.