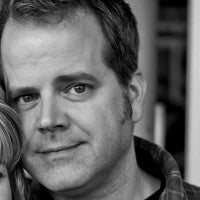 The following essay will appear in a forthcoming book being published by Small Batch Comics.

There's been a lot of discussion in comics circles the last few months about "creator's rights," certainly more public discussion that I can remember happening in recent years. But I find that many of these discussions--whether involving comic readers, creators, or other industry professionals--often get mired rather quickly in impasse, in which the participants are largely talking past each other without doing much to debate the actual issues under discussion. Naturally, that's a risk in discussing any contentious issue with people who don't all share the same position, but in the specific instance of creator's rights in comics I think it's especially problematic for one simple reason: people often have very different definitions in their heads about just what constitutes "creator's rights," and may in fact be having two completely different conversations without realizing it. As a general term, "creator's rights" can seem like a fairly nebulous concept. If we're talking about someone creating something entirely new, their rights as the creator are fairly well defined (in the United States, at least) under existing copyright law. But often times when people invoke "creator's rights" in these discussions they are talking about the rights of people who have done creative work for publishers under work-for-hire arrangements. And those creators do have rights, but they can be far more subtle and nuanced. However, even under the more stringent of work-for-hire arrangements, the person who sits down to write or draw a new comic actually starts out with all of their rights intact, and only surrenders those rights through contract and negotiation with the employer, in exchange for some sort of consideration (eg. a paycheck). That is the essential role of contracts between creators and publishers, to establish what rights the creator is assigning or surrendering to the publisher. But if the creator is not aware of their rights at the outset, they may not even fully understand what it is they are signing away. And in addition to the rights of the creator as legally defined by intellectual property law in the United States, there is another set of principles and ethical standards that, in an ideal world, creators would be able to count upon. These are probably best described as "moral rights," which are included in legal definitions and protections in many other countries, but not in the United States except in certain narrowly-defined scenarios (such as outlined in the Visual Artists Rights Act of 1990). But while moral rights are not legally guaranteed in the United States, many creators still consider them an essential element of creative control. Intellectual property law, contract negotiations, moral rights… the tangle of issues which fall under the general umbrella of "creator's rights" can be daunting. Fortunately for us, this is not the first time that these issues have been discussed in the comics field. We have been here before. But if comics as a field is to move forward, we as a creative community need to have better memories. We need to remember the battles that have already been fought and won, so we don't keep fighting them over and over again. What we need is a Bill of Rights. And lucky for us, we already have one. The Creator's Bill of Rights was drafted by Scott McCloud in 1988 with input from the attendees at a creator's summit organized by Dave Sim, Kevin Eastman, and Peter Laird, including Richard Pini, Michael Zulli, Larry Marder, Rick Vietch, and Steve Bisette. The Bill was inspired by conversations that had surrounded the earlier Creative Manifesto that Sim had drawn up with input from many of those same creators, as well as Alan Moore, Dave Gibbons, and Frank Miller. The Bill was the topic of considerable discussion for a time, but while it continues to spark the occasional debate, I feel that it has largely been overlooked by too many in the comics field, and especially among younger creators. So here is the Creator's Bill of Rights. When we say "creator's rights," this is what we should be talking about. We should remember that we have been here before, or we will find ourselves here again in future.

A Bill of Rights for Comic Creators

For the survival and health of comics, we recognize that no single system of commerce and no single type of agreement between creator and publisher can or should be instituted. However, the rights and dignity of creators everywhere are equally vital. Our rights, as we perceive them to be and intend to preserve them, are:

iZombie, co-created with artist Mike Allred, and multiple Cinderella mini-series set in the world of Bill Willingham's Fables. He has written more than a dozen novels and numerous short stories, as well as many other comic projects including Superman, Stan Lee's Starborn, Elric: The Balance Lost, Memorial, and Do Androids Dream of Electric Sheep?: Dust to Dust. He has been a finalist for the World Fantasy Award four times; twice a finalist for the John W. Campbell Award for Best New Writer; and has won the Sidewise Award for Best Alternate History in both the Short Form and Novel categories. Chris lives with his wife and daughter in Portland, Oregon." Thanks to Chris for contributing. To see some of Mr. Roberson's work, check out his page on ComiXology.

We Have Been Here Before: The Creator’s Bill of Rights