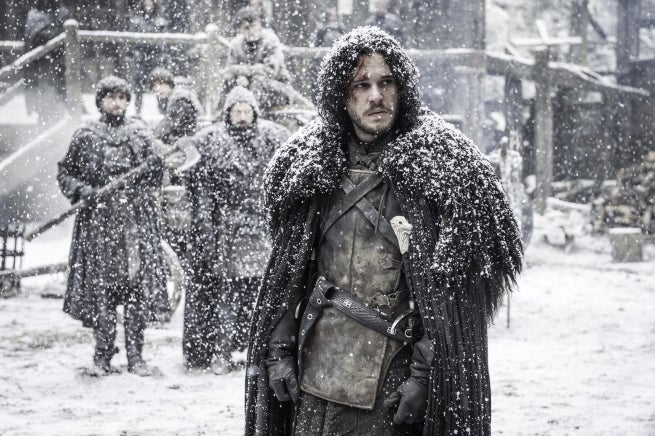 SPOILER WARNING For the Game of Thrones Season 5 finale.

An unexpected fate befell Jon Snow in the Season 5 finale of Game of Thrones, but there may be more to it than you expect.

Betrayed by his brothers in the Night’s Watch, Jon was seemingly stabbed to death. Or was he? In A Dance with Dragons, the stabbing is the very last scene in which we see or hear anything about Jon. Whether or not he survives it is unknown.

However, some fans theorize, based on the books, that Jon can’t be dead because he is the promised one who will defeat the White Walkers. While Melisandre proclaims that Stannis is Azor Ahai returned to vanquish the army of the dead, evidence in the books suggest it may be Jon instead.

While not seen in the show, Melisandre asks to see Azor Ahai in her flames and is instead shown visions of Jon. Jon himself has had a dream of fighting the White Walkers with a burning sword in his hand. And, if the “R+L=J” theory is correct, Jon may even have the blood of the dragon in him.

Then again, there are competing theories about Azor Ahai and Jon’s parentage. Nothing is known for sure. We’ll have to wait a long year to find out Jon’s fate.

What Does Game Of Thrones' Season 5 Finale Mean For Jon Snow?