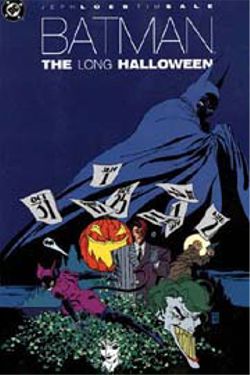 Anytime someone spots an avid comic reader reading an issue of a well-known book such as Batman, X-Men, or Superman, a common comment or question might range from statements such as "Why are you still reading those" to "What's it about". All can be considered fair questions, but the most intriguing statements often follow the latter question. It thrills proud geeks when someone expresses an interest in a title we're reading or getting excited over. When someone says, "that sounds cool", "tell me more" or "do you have a copy I can borrow", it's the first step to full-blown conversion. Single issues can be tricky for those new to comics, so listed below are some ideas for graphic novels and trade paperbacks that would be a great read for any non-comic reader.

Batman: The Long Halloween - Master storytellers Jeph Loeb and Tim Sale teamed up for some memorable stabs at DC's Caped Crusader, but none more memorable than this 13 issue/chapter tale of noir drama, mob families and mysterious murder in The Long Halloween. Set during Batman's early years in Gotham, this tale of a mysterious killer, Holiday, known for killing on holidays and leaving symbols of the day behind, gives us not only the origins of Batman's iron clad relationship with then Captain Gordon, but also gives us a host of villains, Solomon Grundy, Scarecrow and Poison Ivy just to name a few. Sale's art is striking, angular and bold, a perfect compliment to the writing style of Loeb, where every word means something. Readers new to Batman's world will appreciate getting in on the early events in his career and seeing familiar villains and locales. Of all the Batman graphic novels to start with for new readers, this one should be at the top of the list. 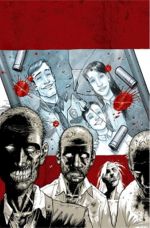 Zombies have almost become a walking (dead) punch line and gimmick to lots of non-comics readers these days, and maybe even some comics readers due to over saturation of the word (uh, thanks Marvel). Robert Kirkman's masterfully and shockingly written series The Walking Dead however is anything but clich . A true study in survivor's guilt, human triumph and man's base instincts, TWD is never afraid to take bold steps to shock and draw the reader in to this black and white world where death could be around any corner. The first story arc focuses on Rick Grimes, police officer. He gets shot in a routine gunfight, only to wake up in a hospital weeks later to find that zombies have taken over. After struggling to find his family, and picking up a band of survivors along the way, the group sets out to try and survive. Kirkman is not content to let the reader have a few issues to settle in. Right away characters we begin to care about die, shocking surprises and twists occur, all before issue six is even concluded. Readers looking for a fresh take on the zombie genre, fans of great suspense, and those not faint at heart will enjoy this psychological take on the undead and, more importantly, human survival. 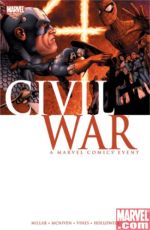 In this day and age of allegory and symbol, fewer comic storylines have captured the essence of the political climate we now live in better than Marvel's 2006-2007 limited series Civil War. Taking two of Marvel's most iconic heroes, Captain Americaand Iron Man, and setting them on opposite sides of the United States' government took guts, but soon, the idea made sense. The idea of superheroes having to register their identities with the government was an idea that would have been unheard of thirty years ago, but considering the world we're in today, all it took was some reality show goofs (the previous New Warriors) to shape the Marvel universe so drastically. Featuring every major Marvel hero, several shocking appearances by prominent and less-prominent villains, Civil War produced surprising twists and turns with each issue, always ending in a cliffhanger that guaranteed continued reading of the next issue. The series led up to an all-star battle amongst Marvel's finest, giving issue seven readers all the action and fanboy created fights they could imagine. What's great about this book for non-readers of comics is the fact that it's so modern in its telling and pulls so much from our headlines that these readers will be able to make immediate calls as to who or what idea a character may represent. What makes this even more appealing for new readers is the fact that if this strikes their interest, they should be able to jump directly to Secret Invasion and be fully up to speed with Marvel as it stands now. 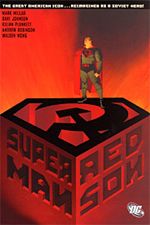 For readers of historical fiction and the occasional "what if" scenario, Superman: Red Son might be an intriguing read. Based on the idea of Superman landing in the Soviet Union as opposed to Kansas, this DC Elseworlds tale totally reshapes the image of a man considered the all-American hero. While some themes and ideas are the same, Luthor's hatred of Superman being one key piece, other changes in the history of Superman are thought-provoking and rooted in Cold War mentalities. In this world, Communism really did spread throughout most of the countries on Earth, and Superman is seen as a herald of that movement, not truth, justice and the American way. The story has several progressions in time, from loosely around the 1950's until the 2000's. Fans of comics will appreciate some of the subtle touches and "in the know" moments, such as the use of characters' last names at parties or in the Green Lantern Marine Corps. New readers will have fun seeing a world completely different from one they know play out in fictional form. Wonder Woman, Batman and several other popular characters from Superman's world appear, and there's even a glimpse into life as it never was for the Kents, the kind couple who took in a stranded Kal-El. History buffs may enjoy the speculative aspects of this time in history, with a superhuman twist of course. 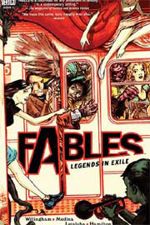 What makes Fables a great suggestion for non-comic readers is that the premise of the series alone is intriguing. How can you pass up a story about Cinderella, Snow White, The Big Bad Wolf and Prince Charming all trying to co-exist in modern day New York, all the while searching for a way to get back to their world? The explorations of the very human relationships these non-humans have, including some very modern updates of classic characters, are what keep the readers reading once the premise has drawn them in. With hundreds of characters to choose from, Fables has had plenty of storylines, worlds, romances, action and animals over the years, but it all starts with this volume, which collects issues 1-5 of the popular Vertigo series. The writing is smart, the space the characters work in large, and the overall feel of the book is mature enough to bring adults to the fold. Word of mouth had a large part in making the book a runaway success, and the trade paperbacks of the series are great ways to help spread the wonder. 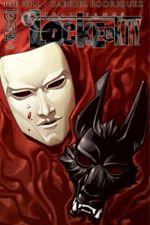 H.P. Lovecraft would be proud. The famed and renowned American horror writer appears in the name of the story arc, "Welcome to Lovecraft", the town the story takes place in, Lovecraft, Mass., and all over the horrific elements of this knotty thriller. This story is not for everyone, but for those who enjoy horror, psychological thrills and a few interesting twists and turns along the way, then this should definitely be on the "check this out" list. Woven throughout this series though is a strong feeling of grief and recovery, as a terrible tragedy befalls the family at the center of the nightmare that is losing a loved one to violence. The story shifts focus several times, focusing on different members of the family, from the youngest child, Bode, to the oldest son Tyler, the mystical and the real dance together perfectly. With ghosts, out of body experiences, and a girl in a well talking to not only Bode but a psycho in prison, Locke & Key never lets up. The artwork does a great job of humanizing these characters, and horror fans will enjoy the realistic features and aspects of violence that galvanize the story. A quick but not light read, new readers will definitely go on to read other horror genre comics.