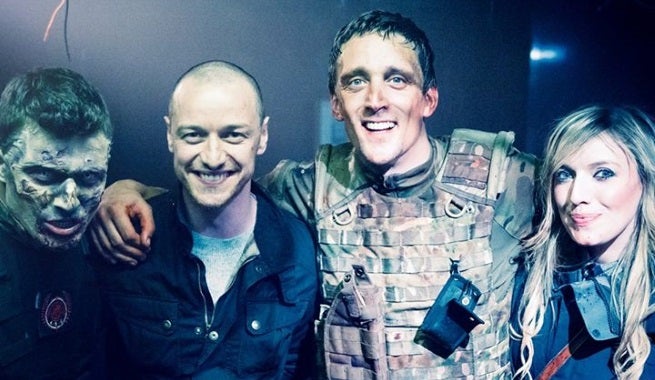 McAvoy’s young Charles Xavier has kept his long hair throughout X-Men: First Class and X-Men: Days of Future Past, despite Hank McCoy assuring him that Cerebro would work better on a shaved head. Following Charles’ character arc in Days of Future Past, where he finally accepts and grows into his role as Professor X, his new look will likely serve as an outward sign of his newfound maturity.

James "meat shield" McAvoy was held hostage at last night's performance of The Generation of Z: Apocalypse, going on to...

Note that the other actors in the photo are not involved with X-Men: Apocalypse. They were part of an interactive, zombie-themed theater experience - The Generation of Z - that McAvoy attended.

X-Men: Apocalypse is currently filming in Montreal. The movie opens in theaters on May 27, 2016.

Who Helped Johnny Gargano and Candice LeRae at NXT Halloween Havoc in the Ghostface Mask?

Sony Forecasts Major Gains in 2020 Thanks to Demon Slayer, PlayStation 5