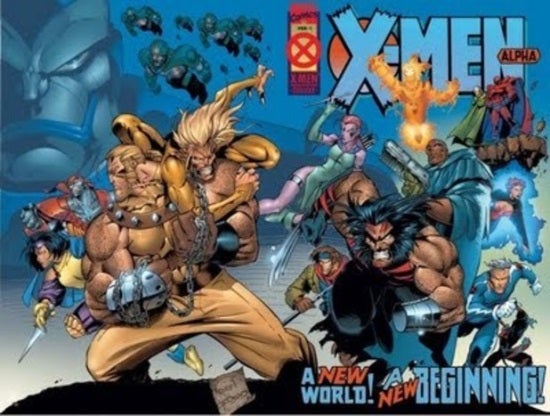 The info came from Bryan Singer and Simon Kingerg, speaking to Entertainment Weekly. Singer added that the actors who portrayed those characters in X-Men: Frist Class and, again, in X-Men: Days of Future Past have all signed on for X-Men: Apocalypse.

Singer also said that he’d like to reintroduce Nightcrawler to the X-Men film universe.

“I’m excited because I want to start introducing familiar characters at different ages and also explore the ‘80s,” Singer said.

While the four characters chosen to carry the narrative aren’t surprising – they are the four who got the most screen time in First Class and seem to be the only major characters from First Class with significant roles to play in Days of Future Past – to choose specifically four characters to follow will likey raise eyebrows for at least a few X-Men fans, given that Apocalypse’s whole shtick is forcibly turning other mutants into his Four Horsemen of the Apocalypse.

Singer and Kinberg also said that X-Men: Apocalypse will be very loosely based on the 90s X-Men story Age of Apocalypse, in which Professor X’s troubled son, Legion, tries to save his father some grief by going back in time to kill Magneto. Legion accidently kills Xavier instead and what results is an alternate timeline where Professor X wasn’t around to teach and lead the X-Men, leaving Apocalypse free to conquer North America.

“[The movie] won’t necessarily create an alternate universe,” said Singer, “but there may be some swapping things that I’m playing with.”

In the Age of Apocalypse comics, the four main characters Singer and Kinberg listed are in very different places: Xavier is dead, Magneto formed and leads the X-Men in his fallen friend’s honor, Beast is a sadistic, amoral scientist in Apocalypse’s service, and Mystique runs a sort of Underground Railroad that shuttles human refugees out of North America to the relative safety of Europe. Nightcrawler still fights alongside the X-Men, but lost all of his faith after a mob attacked him in a church, the same scene he first appeared in in the pages of Giant-Size X-Men #1, but without Professor X to come to his aid.

Singer said that hints to the upcoming Apocalypse film can be found in Days of Future Past.

“You won’t feel at the end of the movie that it set up Apocalypse,” said Singer. “What it does is it sets up possibilities. But what we’ll discover in Apocalypse is that events in this movie made that happen.”