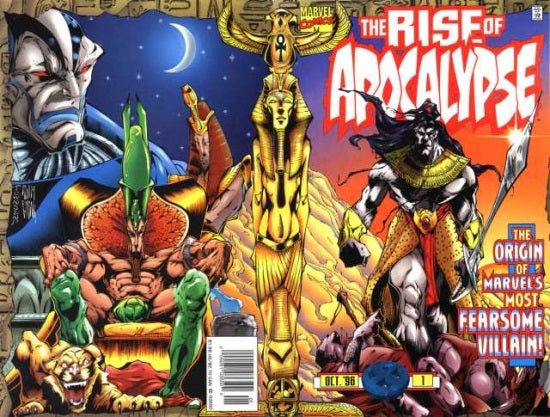 is currently dominating the box office. As with most superhero films these days, it includes an after credits tag scene that teases what’s to come in the next film, X-Men: Apocalypse. Rumors supposedly describing this after-the-credits scene have been circulating since fans found out that Apocalypse was being introduced into the X-Men film series, though none of them got it quite right. Writer Simon Kinberg talked to Collider about the decision-making process for the after-credits tag.

“Once we sort of committed to [Apocalypse] being the sequel that we were going to pursue,” Kinberg explained, “we felt like the tag was an opportunity to start to set that up or just tease that for audiences.  We went through a lot of ideas for what that scene could be, and some of them were reported erroneously online, some of them were pretty close to the way people reported them online, but we landed on what the final version was toward the end of production.  So we didn’t have time in our initial round of photography to film it, we filmed it when we went back up to Montreal after principal photography, with obviously an entirely different cast, but with our crew.”

Kinberg also reiterated that the young actor scene in the tag likely will not be returning for X-Men: Apocalypse.

“The tag is a tease of Apocalypse’s origin backstory,” he said. “It’s not necessarily gonna be a part of the storytelling of the Apocalypse movie.  It was really just to sort of tease for the audience, ‘There’s this new guy out there and he’s coming.’”

X-Men: Days of Future Past is currently in theaters. X-Men: Apocalypse will come to theaters May 27, 2016.

X-Men: Days Of Future Past After The Credits Scene Choice Explained By Simon Kinberg