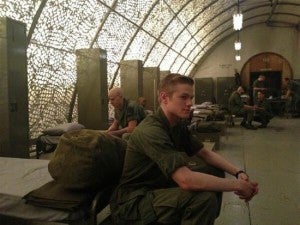 Lucas Till, who plays Alex Summers--better known as Havok--in X-Men: First Class and its forthcoming sequel X-Men: Days of Future Past, has signed on to play a role in Sins Of Our Youth.

The drama, which will begin shooting this week, also stars Psych's Ally Sheedy and Super 8's Joel Courtney in a film that's set to be directed by Gary Entin based on an original screenplay by his brother Edmund.

According to Deadline, who reported the story earlier today, Sins of Our Youth "focuses on four teenage boys who accidentally kill a younger boy while shooting off rifles. As the quartet tries to deal with the killing, things take an even darker turn."

X-Men: Days of Future Past's Till Joins Sins Of Our Youth