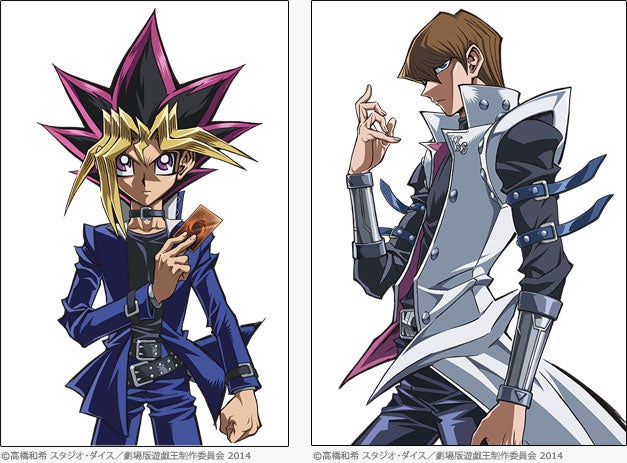 Yu-Gi-Oh! has released official images for its upcoming feature film, giving viewers a their first look at the film's primary characters, Yugi-Muto and Seto Kaiba.

Announced earlier this year, the Yu-Gi-Oh! movie will feature an all-new story, with the same universe and cast of characters featured in the original Yu-Gi-Oh! animated series. The feature film, which will receive a theatrical release, is currently in production at 4K Media, Yu-Gi-Oh's parent company, which is also a part of Konami Digital Entertainment.

In the images, we see the series' main character and protagonist, Yugi-Muto, an earnest card player and holder of the powerful Millennium Puzzle. Seta Kaiba, also featured, is Yugi's ruthless rival and CEO of the international company, The Kaiba Corp. Both characters are part of the Yu-Gi-Oh! manga series, where players pit monsters and other creatures against each other through enhanced playing cards. The series has been a successful multi-media franchise for years, with a long-running animated series, card games, video games, and more.

"We're thrilled to bring the Yu-Gi-Oh! characters back to theater screens for their enthusiastic fan base," Kristen Gray, 4K Media's senior vice president of operations, business, and legal affairs, said in a statement back in June. "It's a major piece in the robust resurgence of the brand that will have significant implications moving forward."