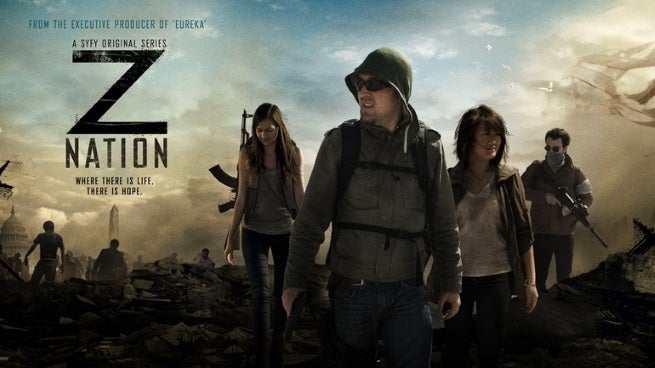 In the past week, more L+SD total viewers fell victim to Z Nation than the most recent telecasts of The Leftovers on HBO, Teen Wolf on MTV and Doctor Who on BBCA.

Z Nation was also Syfy's most social acquired scripted series premiere ever across all social metrics (tweets, unique authors, and tweets per unique). For the night, Z Nation ranked as the fourth most talked about entertainment program in tweets in both broadcast and cable.

In Z Nation, three years have passed since the zombie virus has gutted the country, and a team of everyday heroes must transport the only known survivor of the plague from New York to California, where the last functioning viral lab waits for his blood. Although the antibodies he carries are the world's last, best hope for a vaccine, he hides a dark secret that threatens them all. With humankind's survival at stake, the ragtag band embarks on a journey of survival across three thousand miles of rusted-out post-apocalyptic America. Z Nation stars Harold Perrineau (Oz, Lost) Tom Everett Scott (Southland, Beauty and the Beast), DJ Qualls (Supernatural), Michael Welch (Twilight trilogy), Kellita Smith (The Bernie Mac Show) Anastasia Baranova (The Darkness II) as Addy, Russell Hodgkinson (Big Fish) as Doc and Keith Allan (Rise of the Zombies) as Murphy.