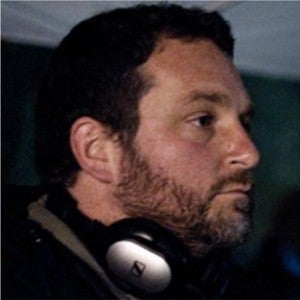 Thanks to a variety of reports and his own admission, we already know that filmmaker Colin Trevorrow has met with George Lucas about the possibility of directing Star Wars Episode VII. Now, a video has surfaced that seems to confirm his involvement with the project. The hitch? He never actually said the words "Star Wars" and he never claims to be directing the project he's teasing. Also, the video was released back in June. Thanks to Film School Rejects for spotting it, though. "I can't speak with any specificity as to what the next thing will be. There are amazing opportunities that have arisen as a result of this," Trevorrow said in the interview, which is embedded below. "One of them, I will say, will probably create a good deal of ire against me on the Internet when people find out what it is. So, I just want to say in advance that I promise you, for all those who love the mythology that I will be tackling, trust that I love it as much as you do. And I will respect it, and hopefully make it not suck." Even leaving aside his acknowledged involvement with Star Wars on some level, it's hard to imagine another property that Trevorrow could be talking about, short of something like taking over the Sherlock Holmes franchise from Guy Ritchie or doing a big-budget superhero movie. The original article notes that it's possible Trevorrow could be just one of a number of writers working on the film, and this is no guarantee he's got the directing job, but all signs point to an announcement coming soon and Trevorrow is quickly becoming the favorite.

Colin Trevorrow Seems to Confirm Involvement in Star Wars--Months Ago