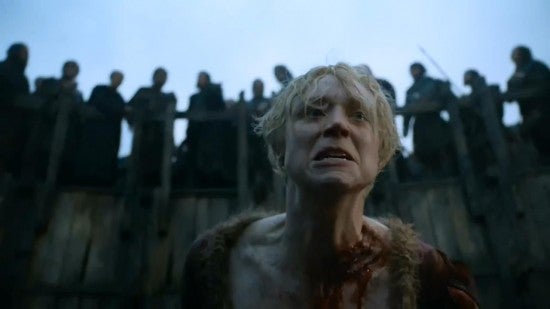 's Gwendoline Christie will replcae Lily Rabe as Commander Lyme in the final Hunger Games film, next year's Mockingjay, Part 2. Rabe, who also appears on American Horror Story, reportedly had to drop out to honor a prior commitment to appear in Much Ado About Nothing at Shakespeare in the Park this summer in New York. She will still appear in The Hunger Games: Mockingjay, Part 1, which is already in post-production. Christie, best known for her role as Brienne of Tarth in Game of Thrones on HBO, will take on the role of Lyme, one of the leaders of District 13 who was a past victor in the Hunger Games. The Hunger Games: Mockingjay, Part 2 also lost its Plutarch Heavensbee, played by Almost Famous and Capote star Philip Seymour Hoffman. Hoffman passed away in February from a heroin overdose.