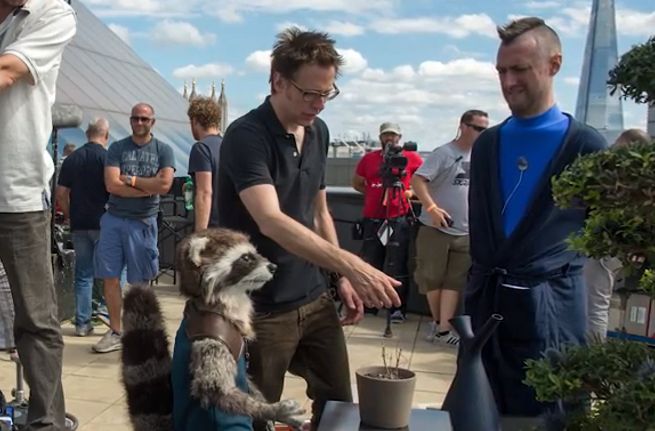 Guardians of the Galaxy may have come up empty at the People's Choice Awards tonight, but the film is starting to see the benefits of all those great reviews and box office returns, with award nominations from the Writers' Guild and Critics Choice  Awards coming in recently, among others.

Director James Gunn, whose screenplay with Nicole Perlman got the Writers' Guild nomination in spite of Disney making no particular attempt to promote the film for that particular award, said that he was honored and surprised by the nomination in a Facebook post earlier today.

The 2015 Writers Guild Awards will be held at simultaneous ceremonies in New York City and Los Angeles on February 14.