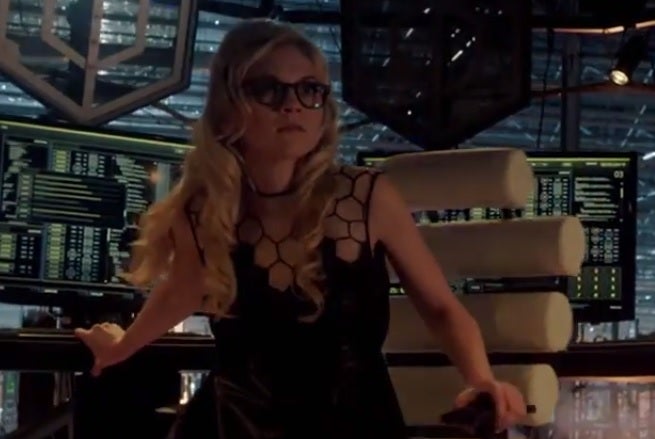 From the sizzle reel for The Flash released at PaleyFest this weekend, The CW has given fans their first look at The Walking Dead's Emily Kinney as the small-screen version of the Atom villain The Bug-Eyed Bandit.

You can check it out above and below. 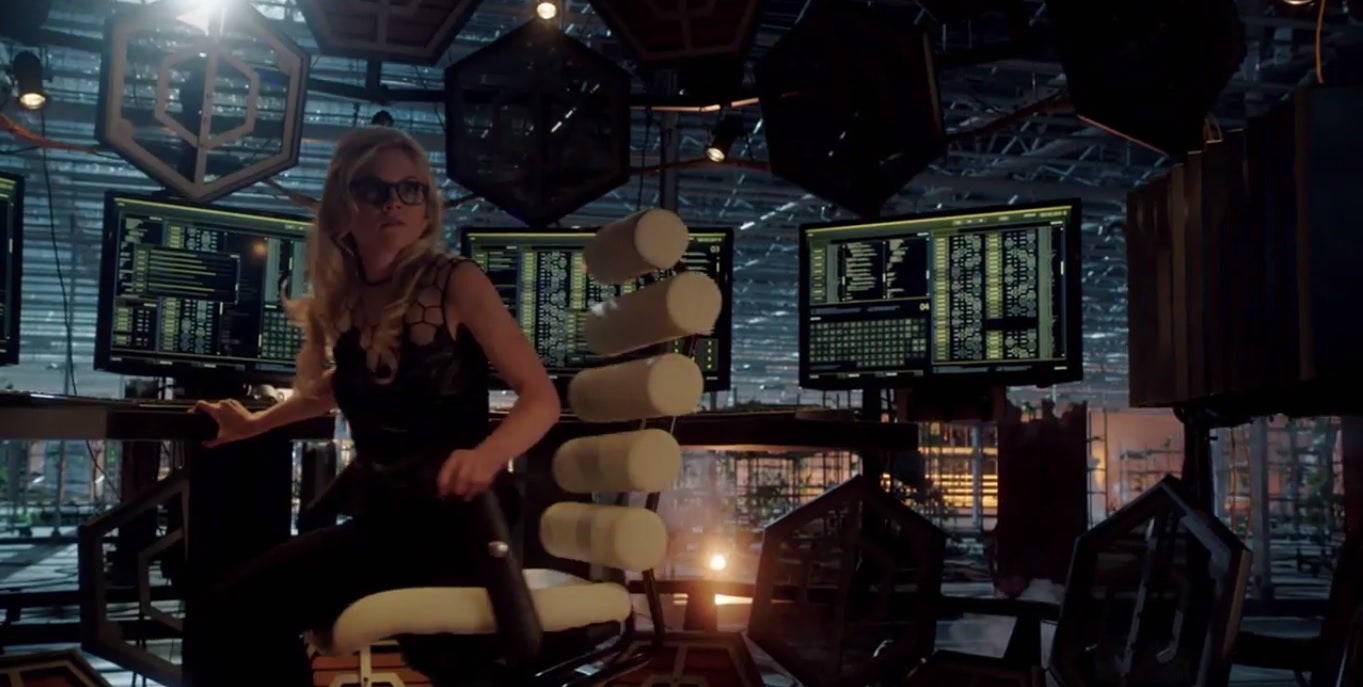 The episode will feature guest appearances by Ray Palmer (Brandon Routh) and Felicity Smoak (Emily Bett Rickards), who head to Central City to get S.T.A.R. Labs' help working on Ray's A.T.O.M. Exosuit. The sizzle reel also suggested that Captain Quentin Lance and Laurel Lance would be visiting Central City as well, and while it's not clear that's taking place during the same episode, it seems likely.

According to The CW, Brie Larvan is a reimagining of the classic DC villain Bertram Larvan, also known as Bug-Eyed Bandit.  Brie is a narcissistic tech wizard wreaking havoc in Central City.  When Felicity Smoak and Ray Palmer arrive, Felicity recognizes Brie as her nemesis, and the two women engage in a hacker battle for The Flash's life.

The Flash returns with new episodes Tuesday, March 17 at 8 p.m. ET/PT on The CW.

The Flash: First Look at The Walking Dead's Emily Kinney As the Bug-Eyed Bandit