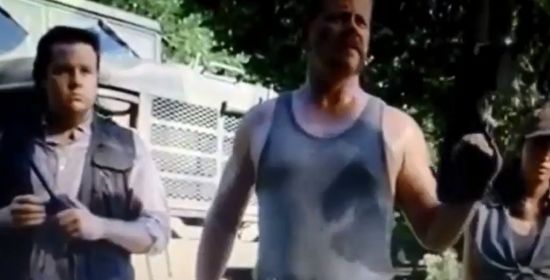 Readers of The Walking Dead comic book might have noticed something a little familiar about the scene in the "Inmates" episode where Abraham, Rosita, and Eugene were introduced. The trio were posed in an almost exact recreation of the cover of The Walking Dead issue #53. During the Talking Dead, it was discussed that the Abraham scene was purposefully done to match The Walking Dead #53 cover. Alanna Masterson, who plays Tara on The Walking Dead, revealed that costume designer Eulyn Womble and makeup artist Donna Premick had the cover of the comic while they were getting the actors ready for the scene. According to Materson, Scott Gimple said, "They have to look exactly like it." Masterson added, "When they showed up on set, we all had that picture. We were like, "Oh," because I'm a huge fan Michael Cudlitz, like a huge fan. I saw the picture, and I was like, 'I guess he could kind of look like Abraham." But Taylor, who did his hair, and Donna, who does the makeup, and Eulyn, the three of them, they just make magic." 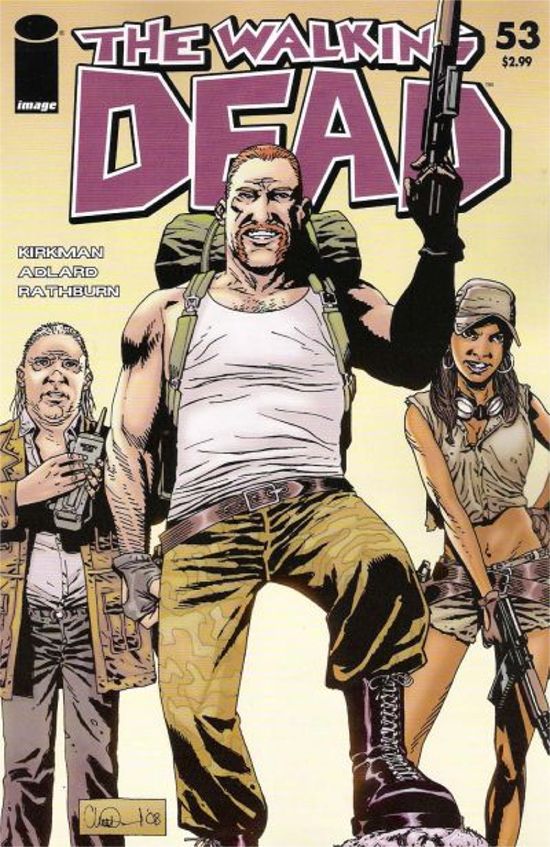 The Walking Dead Abraham Scene Is Recreation Of Issue #53 Cover