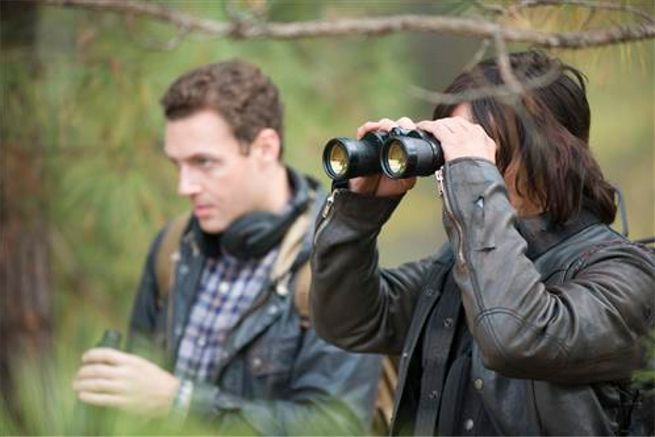 Ready for a first look at The Walking Dead Season 5 Finale? AMC has released four images for the highly anticipated last episode of Season 5. Based on the photos, it looks like Daryl Dixon and Aaron will be featured heavily in the episode.

According to "Conquer's" official description, Daryl finds trouble while on a run; Rick and the group feel like outsiders in Alexandria, where trouble approaches the gates.