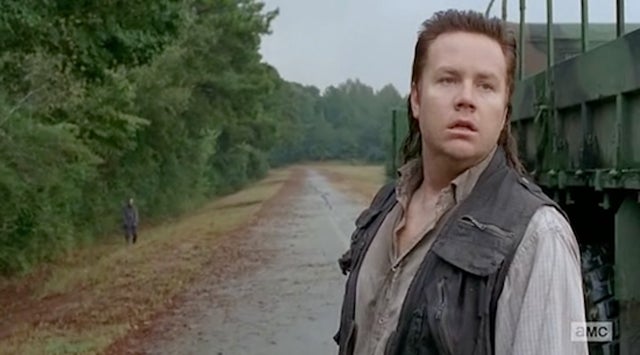 Glenn smells something, and they look ahead down the road where they spy a horde of walkers. Glenn tells everyone they have to turn around and head back. Abraham says that he's not giving up the ship. Abraham says that they can get through that they aren't going around or back.

Rosita tells Abraham no that the others are right. Abraham grabs Eugene and starts walking back to the fire truck. Eugene starts screaming, "I'm not a scientist." Eugene says he lied, that he's not a scientist, and that he doesn't know how to stop it.

As Abraham goes at Eugene again, Rosita steps in front of him and puts her hand on her gun. Maggie rolls Eugene over, but he's out cold. Abraham walks away and falls to his knees on the roadway. 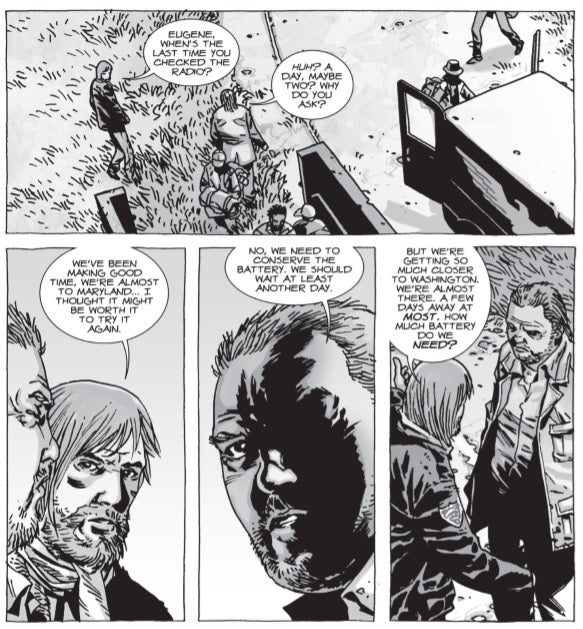 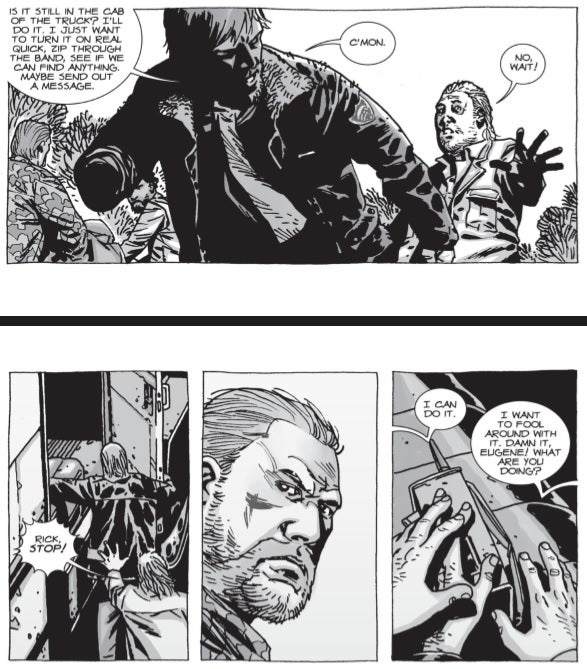 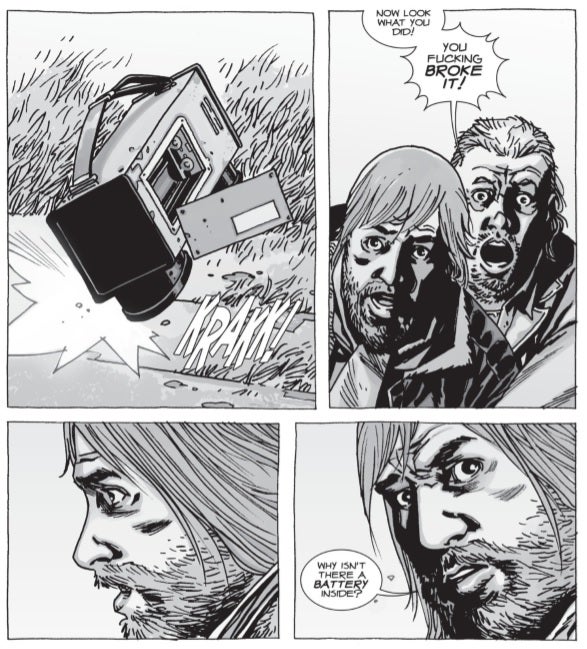 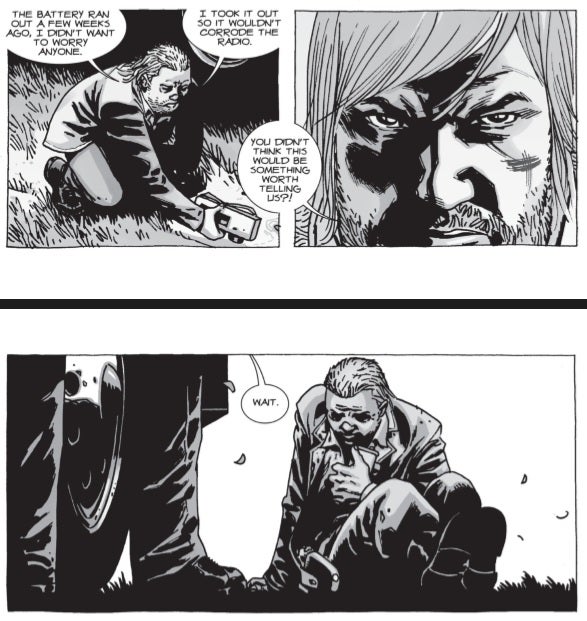 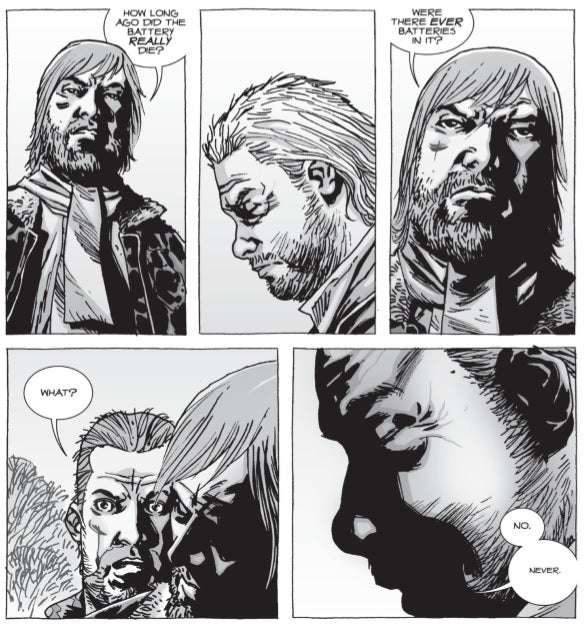 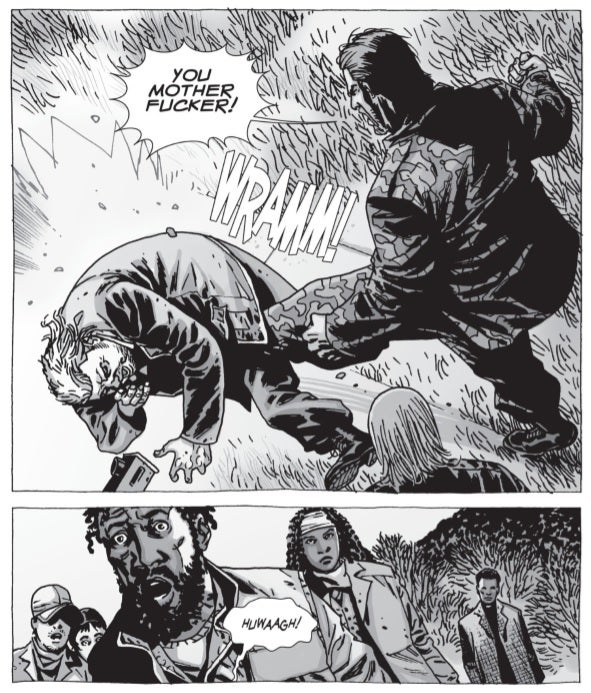 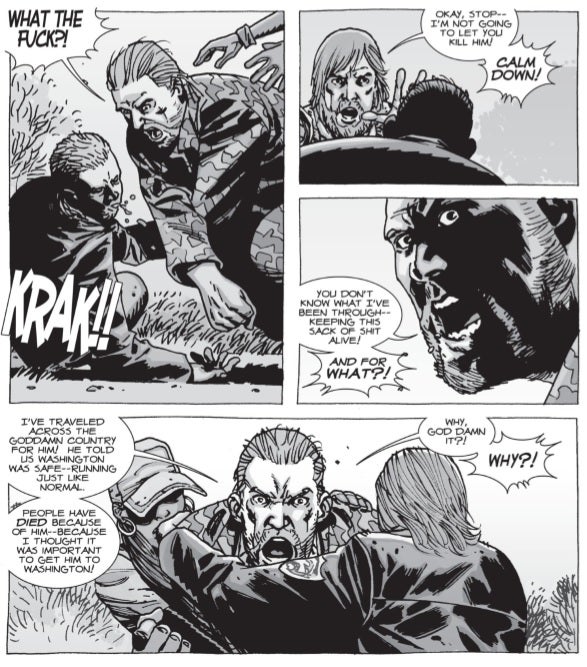 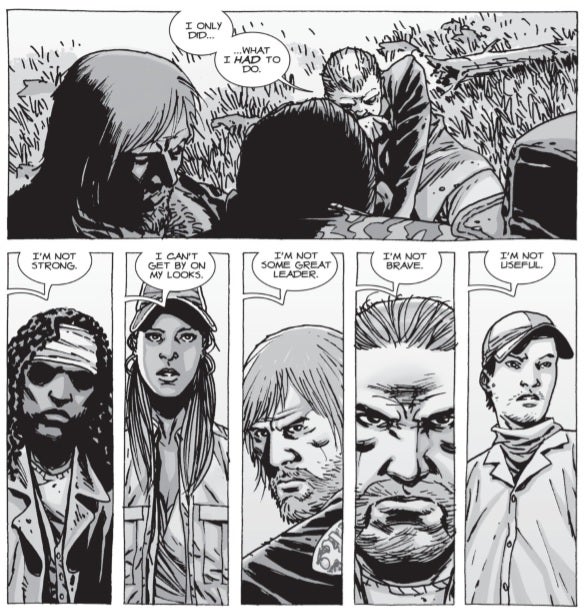