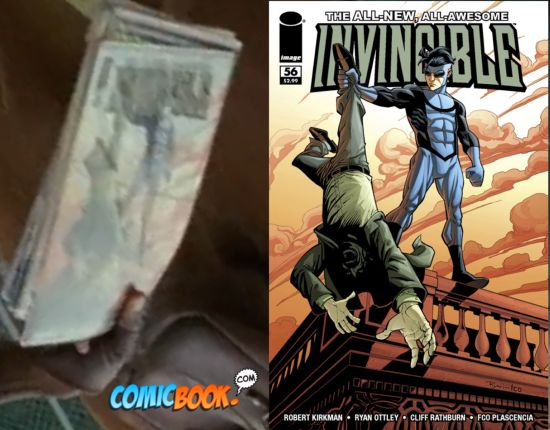 Last night on the season premiere of AMC's The Walking Dead, Michonne gave Carl Grimes a small pile of comic books that she had found while she was out looking for The Governor and his men. What was in the pile? Well, it was pretty hard to tell at first, but once we did a little Internet voodoo (actually, we asked Zenescope writer Troy Brownfield, an old editor and friend of mine), we discovered that the issue on the top of the pile was in fact Invincible #56 by The Walking Dead creator Robert Kirkman. Hey, wait--does it create a continuity problem that Robert Kirkman exists in the world of The Walking Dead to write Invincible? We guess not; think of all the alternate-earth versions of Invincible we've seen over time. There's even a different universe's Omni-Man, who appeared in Savage Dragon before Invincible ever existed. The issue features the cover date December 10, 2008, which means that it was indeed on the stands before the zombie apocalypse; AMC's The Walking Dead  began on October 31, 2010 and has unspooled roughly in realtime. 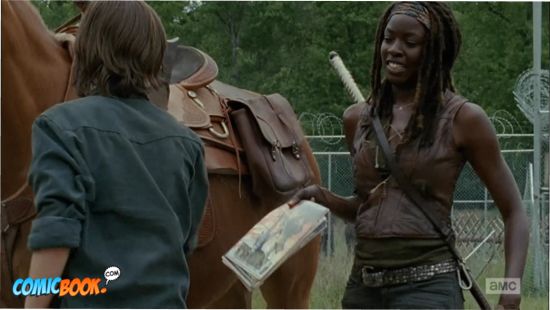