Star Trek: Discovery took to Hall H for the first time at this year's San Diego Comic-Con and it did not disappoint, providing a new trailer, casting news, hints about the new season and appearances by classic characters.

Now that the convention is over, we're looking back and considering what the biggest Star Trek: Discovery news of the day was.

Star Trek: Discovery Season Two picks up where the first season left off. The show’s first season finale concluded with the Discovery coming nose-to-nose with the USS Enterprise, the famous ship captained by James T. Kirk on his five-year mission in Star Trek: The Original Series.

Pike isn’t the only notable Star Trek character serving aboard the Enterprise during this time period in the history of the Star Trek universe. Mr. Spock, who was played memorably by the late Leonard Nimoy, served as Pike’s Science Officer. Spock’s father, Sarek (James Frain), was aboard the Discovery when it received Captain Pike’s distress call, as was Commander Michael Burnham (Sonequa Martin-Green), the human who was adopted by Spock’s parents when she was still a child.

Star Trek: Discovery returns to CBS All Access in January 2019.

Here are the biggest takeaways from the Hall H event, and read ComicBook.com's full recap here.

Arguably the biggest statement to come out of the Hall H panel was Star Trek: Discovery co-creator, executive producer, and new showrunner Alex Kurtzman confirming that the show's second season will feature Spock.

"I can tell you that, yes, you will be seeing Spock this season," Kurtzman said.

This was reiterated in the Star Trek: Discovery Season Two trailer, which shows Burnham investigating the same mystery that Spock was looking into before he disappeared.

Kurtzman doubled down on Spock's appearance in a later interview when he revealed that the role has already been cast.

“We are, we are casting a new Spock,” Kurzman said. “It’s not just a possibility, it’s been done.”

The Star Trek: Discovery Season Two trailer that debuted in Hall H also gave fans their first look at Anson Mount in the role of Captain Christopher Pike, played previously by Jeffrey Hunter in the original Star Trek pilot episode "The Cage" and by Bruce Greenwood in the Star Trek Kelvin timeline movies.

“Pike was Roddenberry’s original face of Star Trek," Mount said. "I only knew that there’s a tremendous optimism to this person and a good heart and that he’s someone who probably had good mentors…I’m really enjoying playing a character I like as a person.”

As revealed in the trailer, Pike will take command of the USS Discovery in order to further investigate the mysterious red phenomena that Spock took a leave of absence to further look into.

Every captain needs a first officer, and that goes for Captain Pike on Star Trek: Discovery as well.

X-Men movies star Rebecca Romijn will play Pike's first officer, known only as Number One, in the second season of Discovery.

"Just call me 'Number One!'" Romijn tweeted shortly after the casting announcement was made. "Honored to play such an iconic character in Star Trek Canon originally played by the First Lady of Star Trek, Majel Barrett-Roddenberry!"

Number One's only appearance in Star Trek canon so far has been in "The Cage." She was only ever referred to as Number One, a nickname for a ship's first officer that has turned into a lasting legacy. 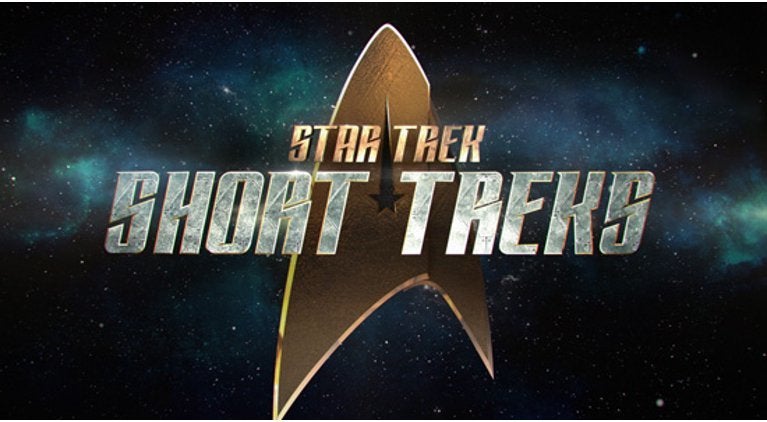 Fans may have to wait until 2019 for more Star Trek: Discovery, but in December they'll be treated to a series of four short films spotlighting characters from the series.

The series is being titled Short Treks. Each film will run between 10 and 15 minutes and focus primarily on a different character. The characters featured include Sylvia Tilly (Mary Wiseman), Saru (Doug Jones), Harry Mudd (Rainn Wilson), and a new character named Craft played by Aldis Hodge. Wilson will also direct the episode about Harry Mudd.

This is a significant if relatively small step into expanding the Star Trek television franchise, something that Kurtzman has been tasked with doing after signing a deal with CBS Television Studios.

The Doctor is In

Wilson Cruz, the actor who plays Dr. Hugh Culber, was part of the Hall H panel and he confirmed that Culber will be back in Star Trek: Discovery Season Two.

Cruz didn't offer any explanation about how Culber would return after Voq snapped his neck in the first.  did already return once to console and guide Stamets within the mycelial network.

Fans who are still trying to figure out exactly how Star Trek: Discovery fits in with the rest of the Star Trek canon will likely get some answers in season two.

"You will get those answers next season, guaranteed," Kurtzman said. "You're just not going to get them the way you expect them.”

"Yes, there definitely will be," Kurtzman said. "We're syncing up with canon this year, so you'll see quite a few.”

Fans could likely tell that Discovery was diving head first into canon in season two when it ended its first season with a shot of the Discovery coming nose-to-nose with the USS Enterprise.

and Voq were last seen going their own way as Star Trek: Discovery came to a close last season. While the Klingon-Federation war may be over - at least for now - the Klingon storyline will run parallel to story unfolding on the Discovery in season two.

L'Rell is busy trying to hold the Empire together as Chancellor, a role she took forcibly in season one.

“She is trying to be the best Chancellor she can be, of this patriarchal empire,” Mary Chieffo, who plays L'Rell, said.

And then there's also L'Rell's complicated relationship with Voq.

"There are certain conversations between Tyler and L'Rell that need to happen, and they do,” Chieffo said. “There's a lot to be explored and seen."

'Star Trek: Discovery': The Biggest Takeaways From the SDCC Panel