Archie Comics has provided ComicBook.com with an exclusive preview of Riverdale #11, on sale next week from the publisher.

The story centers on a Riverdale staple in the comics who has had comparably little screen time on the show: Reggie Mantle.

So far this season, Reggie has been seen sparingly, and usually while holding onto jingle jangle, the designer drug that was being circulated in the first half of the season. He was photographed selling at Pop's by newspaper editor Alice Cooper, but nothing has come of that yet.

In the comics, Reggie pursued Josie McCoy briefly in the time between TV seasons, which was an interesting character dynamic which has not yet been dealt with on the show, although the two actors posted a backstage photo together around the time the season began.

Of course, it is distinctly possible the aforementioned photo, the jingle jangle, or something else might play a big role as the season starts wrapping up. Certainly, Reggie's midseason status (he was replaced after season one when the previous actor took another full-time role) may have raised some questions when breaking story for the early episodes. 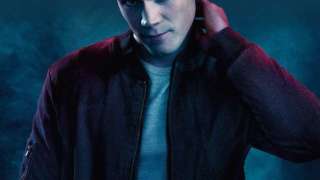 You can see the pages in the attached image gallery and the official solicitation text for the issue below.

From Roberto Aguirre-Sacasa and the writers of the new CW series Riverdale, this ALL-NEW, ongoing comic series features stories set in between episodes of the new CW TV series Riverdale. Reggie’s harboring a deep, heartbreaking secret that only Archie knows about – but is there more to Reggie’s story than he’s saying? And will the whole world know the truth about Reggie Mantle just as prom night arrives?

Riverdale #11 will be available on the stands and digitally on Wednesday, March 14. You can get a copy by calling your local comic shop or pre-ordering it on ComiXology.

Exclusive Preview: Reggie Heads to the Prom in 'Riverdale' #11