After a short publishing hiatus, IDW Publishing will resume publication of comics based on The X-Files in April, just as the venerable FOX series prepares to wrap what appears to be its final season.

The X-Files: Case Files will be a series dedicated to short stories from a variety of creative teams, avoiding the mythology building that consumed much of Joe Harris's fan-favorite run on The X-Files for IDW in favor of a monster-of-the-week feel. 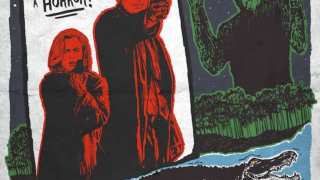 The first story will be written by Delilah S. Dawson (Star Wars: Phasma) with art by Marco Castiello. IDW just released the solicitation but earlier today the news was effectively confirmed by editor Denton J. Tipton on Twitter, sharing a news story and explaining the book's philosophy.

"Happy to announce the return of The X-Files comics from IDW Publishing! New format of two-issue series with 'Monster of the Week' stories," Tipton tweeted.

You can see the official solicitation text below and both covers for the first issue in the attached image gallery.

The first issue of the series launches in June, although April will see the release of The X-Files: JFK Disclosure, in which Tipton and artist Menton3 tell a story in which Mulder finally learns the truth about the assassination of John F. Kennedy -- and that truth seemingly implicates his father.

For 25 years, FBI agents Fox Mulder and Dana Scully have been shining their flashlights into the shadows, searching for the truth. To celebrate this anniversary, IDW Publishing is launching a new series of The X-Files: Case Files! Under this banner, faithful fans will see the release of numerous micro-series, featuring stories that explore X-Files of the past and present by top talent from comics and prose!

Our initial offering comes from Star Wars author Delilah S. Dawson and artist Marco Castiello. In "Florida Man..." Scully and Mulder are sent to a small Florida town to investigate a rash of bizarre crimes only to find themselves in the clutches of an alligator-worshipping cult.

Amazon's A League of Their Own Series Adds Five Cast Members

Star Trek Returns to NYCC With Prodigy Premiere and Discovery