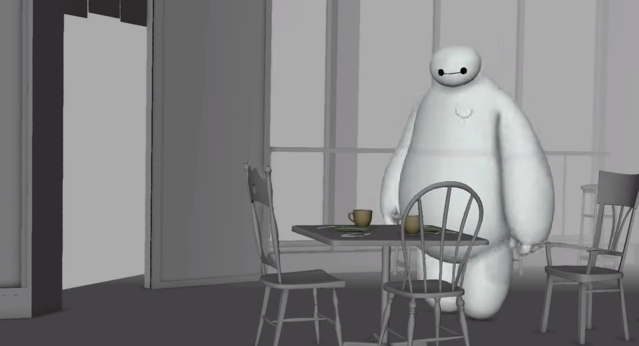 In celebration of Big Hero 6’s Blu Ray and DVD release, Disney Animation has, uh, released a sizable portion of the home video’s bonus content  for free on the Internet. But, best to not look a gift Baymax in the mouth (if he had one).

Several Japanese posters for Big Hero 6, along with three separate bonus clips, are now available for fans’ viewing pleasure. In the Japanese posters, several of the film’s cast are displayed in dramatic one-sheets used for the film’s Japanese promotional push. You can view them in the slide show below.

In the first bonus video, “Animating Baymax,” the film’s producers and animators discuss how they brought the ever-huggable hero to life through the wonders of 3D animation.

Then, in "Hamada Brother Robotics," the clip shows a string of roughly-animated scenes between Hiro and Tadashi Hamada that never made it into the final film. It’s too bad the scenes were cut, as the relationship between Hiro and his brother was one of the film’s strongest parts.

The last clip, “Portal Monster,” reveals another unused scene that was axed in its early stages. In the clip, it looks like Hiro’s hijacked technology is used to break into a government facility.

And in case you missed them, check out ComicBook.com’s exclusive interviews with Big Hero Six’s star Ryan Potter and Executive Producer Roy Conli. We promise you won’t find this content on any Blu-Ray.