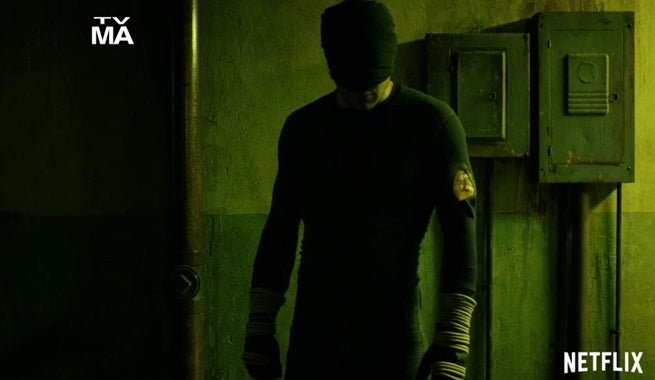 Netflix has released a new “The First Defender” promotional video for Marvel’s Dardevil.

The video shows some of the action we’ve seen from previous trailer, but references Daredevil as the “The First Defender.” The Defenders is the superhero crossover team that will be formed by Netflix’s Marvel heroes – Daredevil, Jessica Jones, Luke Cage, and Iron First. The “First Defender” line also invites comparison between Daredevil and Captain America, “The First Avenger.”

Daredevil also makes a quip about his costume being a “work in progress,” which fans will surely enjoy.

The rise of the first Defender. #Daredevil https://t.co/7lBGI14vGV