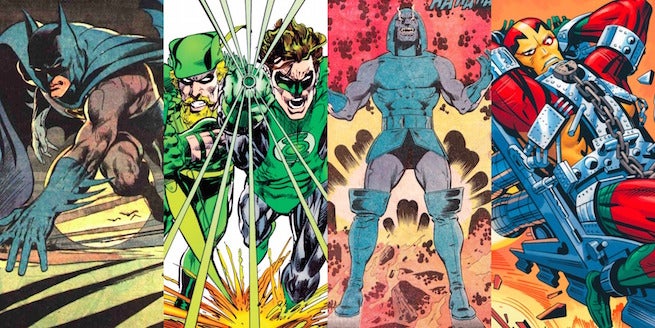 Whether it was the debut of the "King's" Fourth World, or Green Arrow's teenage ward abusing drugs, the pre-Crisis on the Infinite Earth's DC universe was filled with iconic moments that fans still reference today. With DC's Convergence event focusing on the years leading up to the destruction of DC's multiverse, we here at ComicBook.com wanted to shine a light on some of the landmark creative runs that helped define the company's Bronze Age. 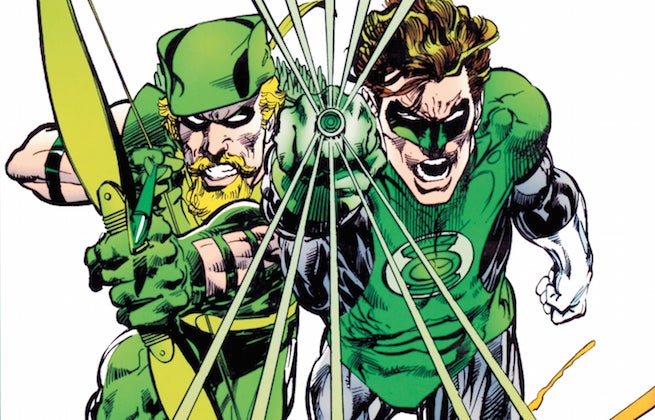 Racism, drugs, and other social issues that had long been left unaddressed in superhero comics were front and center in this landmark run from O’Neil and Adams. While it was Marvel via its Amazing Spider-Man series that initially challenged the Comic Code Authority in the early 1970s, O’Neil and Adams broke down the doors by constantly challenging the status quo within the superhero universe. By pairing the more conservative Green Lantern with the socially conscious/liberal Green Arrow, O’Neil and Adams had the perfect odd couple dynamic. And while some would later dismiss some of these stories as being too politically heavy handed – a scene where an African American asks the Green Lantern what has he done for “brown people” is particularly notable – O’Neil and Adams were true pioneers, demonstrating to the rest of the industry that comic books can have a message and can be socially aware of all the good and bad in the real world. Some of the most critically acclaimed comics ever would have never been published without something as shocking as “Snowbirds Don’t Fly” (aka, the Green Arrow’s ward, Speedy, is addicted to heroin story) coming first. 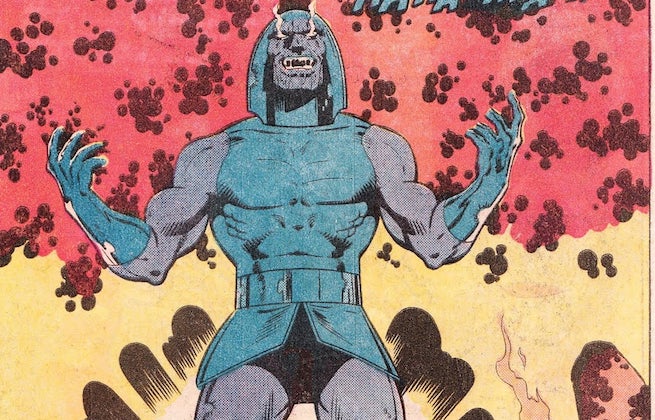 Teen superheroes were all the rage in the early 1980s (more on that in a bit), but the Levitz and Giffen run (with Mahlstedt providing inks and finishes) on Legion of the Super-Heroes is a case study on superlative creative team chemistry. The book soared under Levitz and Giffen’s stewardship, emerging as one of DC’s best sellers. And the landmark achievement of the run was undoubtedly the “Great Darkness Saga” arc, a slow-burning storyline that has one of the greatest shock reveals in the medium’s history – the unveiling of Darkseid as the Legion’s nemesis. The comic presented the perfect balance of breakneck action and quiet, cerebral character moments and it also provided a golden opportunity for Giffen to evolve into one of the industry’s best artists. Once the “Great Darkness Saga” was finished, Giffen would notably become more experimental in his artwork, and also played more of a role in the scripting of the stories – which would yield dividends for DC in the post-Crisis era. 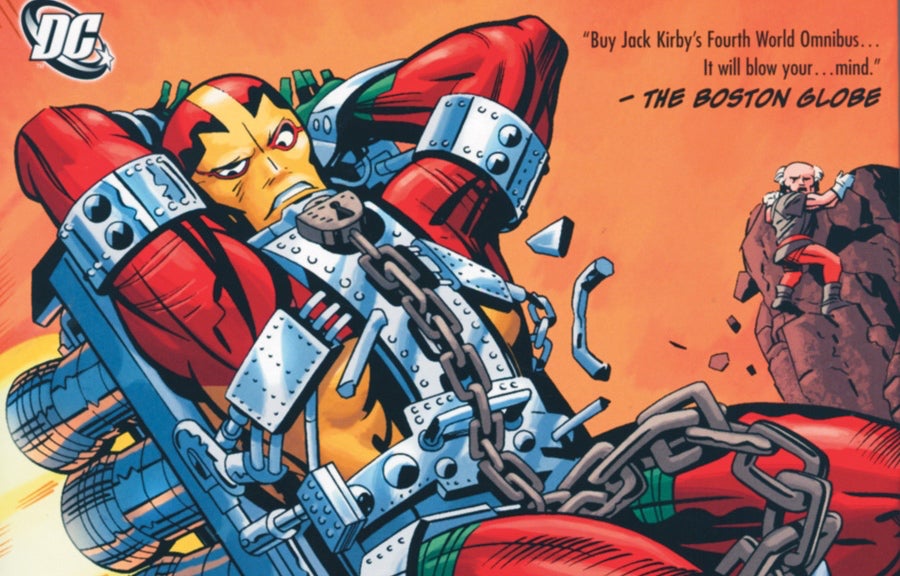 The “King” Jack Kirby brought his crazy cosmic stylings over from the company he helped build into an industry powerhouse and created this seminal work in DC history. Fourth World was created as an interconnected far out soap opera, and is best known for introducing one of the great comic book villains, Darkseid, along with his home planet of Apokolips. People in the industry reportedly laughed when Kirby first started introducing his wild and crazy concepts within Superman’s Pal Jimmy Olsen – a long-standing B book that was never meant to be taken seriously. But those that followed Kirby’s advice to “Don’t ask! Just buy it!” soon discovered that the King was slow-burning his own style of cosmic mythology that would inspire countless creators from both sides of the “Big Two” (where do you think Jim Starlin got his idea for Thanos from?). 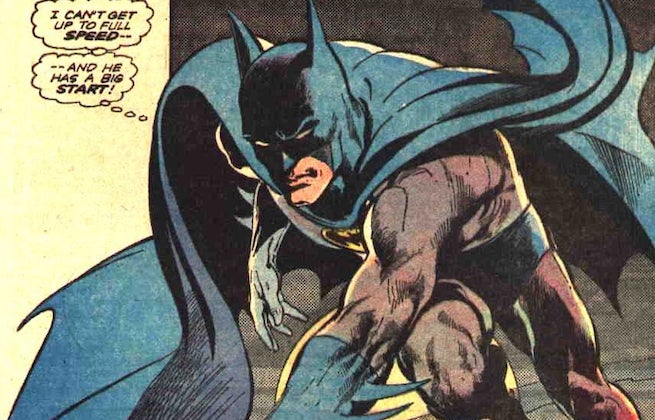 Fans who prefer an emphasis on the “dark” in the Dark Knight can thank O’Neil and Adams for their legendary run on Batman during the 1970s. As these two creators kicked off their run, Batman was still recovering from his Silver Age malaise when his books were still heavily influenced by the campy stylings of the 60s television show. O’Neil and Adams refocused the books on their emotionally complex protagonist while bringing back essential supporting cast members like the Joker (who had been written out of the book five years earlier) and introducing new villains like the mystical Ra’s al Ghul. Future creators like Grant Morrison would draw inspiration from O’Neil and Adams, especially as it pertained to Ra’s and his daughter Talia. Meanwhile Adams (with inks from Dick Giordano) would create some of the most iconic Batman images and poses in the character’s great history, including his bare-chested duel with Ra’s in the dessert and the legendary shot of the Caped Crusader leaping into action to stop the Joker. 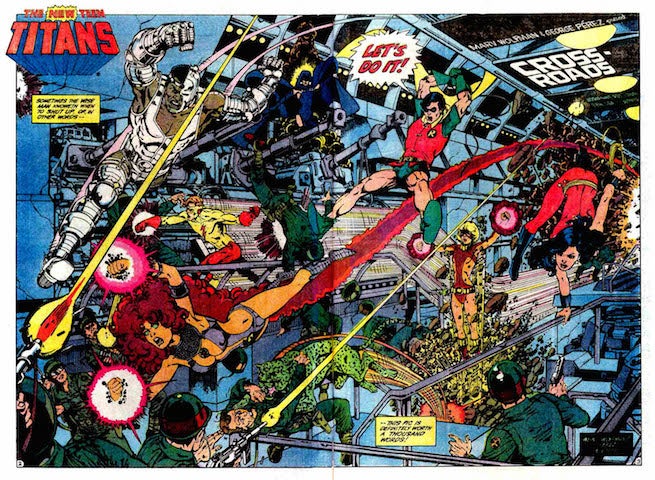 New Teen Titans proved the most popular teenaged superheroes weren’t only mutants. During the Marv Wolfman and George Perez creative run, the Teen Titans were just as big as Marvel’s X-Men. And a lot of that had to do with the “Marvel style” Wolfman brought over to the Distinguished Competition after he defected from the "House of Ideas." The book had a character-centric soap opera feel under Wolfman, who created a number of new heroes and villains with complex emotions and biographies such as Starfire, Cyborg and Demon. He also took DC stalwarts like Dick Grayson/Robin and reinvented him as the darker Nightwing persona. As for Perez, he graduated into a certified artistic superstar during this run, crafting beautiful, multi-layered double page spreads and stunning character designs. Together, Wolfman and Perez created one of the best-selling books in DC’s storied history, while also creating compelling content that addressed issues such as drug abuse and runaways. The collaboration would also set the stage for the two teaming up to create the landmark Crisis on the Infinite Earth in 1985.

What are some of your favorite Pre Crisis on Infinite Earths Creative Runs? Let us know below!