Screenshots of an upcoming Entertainment Weekly magazine appeared on the television show Entertainment Tonight. The shots provide the first look at Scarlett Johannson as Black Widow in 'Iron Man 2.' One of the pics also shows a much better equipped Mickey Rourke as Whiplash, which should put to rest fears of the early Whiplash photos that hit the net a few weeks ago. 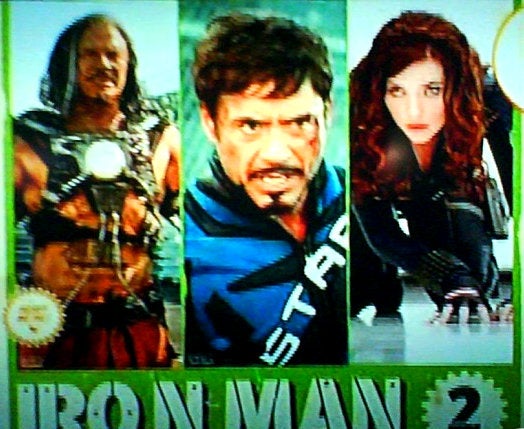