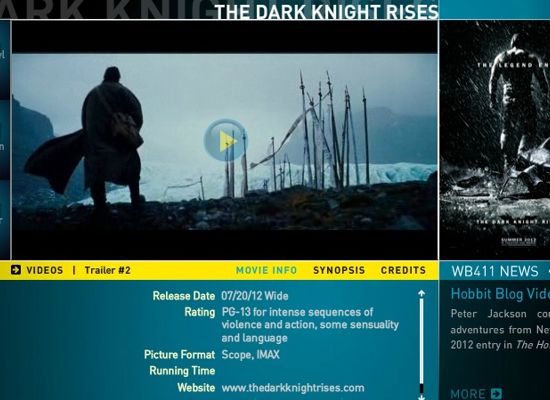 Also, consider the fact that just around three weeks ago it was being widely reported that Christopher Nolan had just screened his first rough cut of The Dark Knight Rises for Warner Bros. executives. If that rough cut information was accurate, then could Nolan really have gotten a final cut ready for the MPAA in less than three weeks?

Now it’s always possible that Warner Bros. submitted a rough cut to the MPAA for a rating, but would a studio really want to do that? Movies that involve violence can often be tricky in the ratings system, as a little too much blood splattering can earn the dreaded “R” rating. The Avengers has not yet been rated, and it’s a Disney film that will likely have less difficulty making the “PG-13” cut than the Dark Knight Rises. The Dark Knight Rises is likely to have much more intense scenes of violence, so one would think Warner Bros. would wait until they had close to a final version that they felt would earn a “PG-13” rating before submitting to the MPAA.

Even if Warner Bros. did submit the rough cut of The Dark Knight Rises, would they have been assigned a rating so quickly? Just my opinion, but my feeling would be the Dark Knight Rises is going to be one of those movies that walks the borderline between “PG-13” and “R,” and there might be a little back and forth between Warner Bros. and the MPAA before a final rating is assigned.

Of course, it’s also possible that the whole rough cut story was false, and that Warner Bros. does have a ratings worthy cut of the film that they submitted quite some time ago. The information about the “PG-13” rating does come from a reliable source as it appeared on the Warner Bros. Exhibitor’s site and a screenshot was posted on the NolanFans.com forum. You can’t get any more legit than the actual studio behind the movie as a source. Still, we have our suspicions that this could be a case of a website posting what they intend the movie to be rated at before they have received the actual rating.

Has The Dark Knight Rises Really Been Rated?