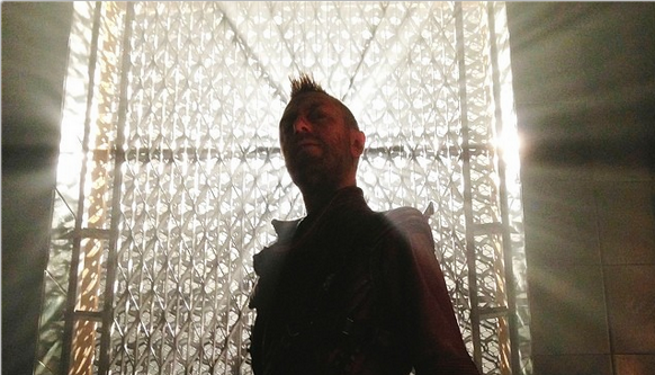 In another “Guardians of the Galaxy picture of the day,” director James Gunn has released a first look photo of his brother, Sean Gunn, as Kraglin.

As James Gunn describes in the status posted with the photo, Kraglin is Yondu’s first mate in the Ravagers. James Gunn also mentions that Sean was the Rocket Raccoon on set during filming, meaning he worked more days than almost any other actor involved with the film.

1st ever photo of @thejudgegunn as Kraglin, Yondu's First Mate in the Ravagers. Sean served double duty on set as the onset Rocket as well as Kraglin, so he worked the most days of any actor after Chris Pratt.

The photo is framed almost identically to how a previous photo released by James Gunn showed Michael Rooker as Yondu.

Guardians Of The Galaxy: First Look At Kraglin