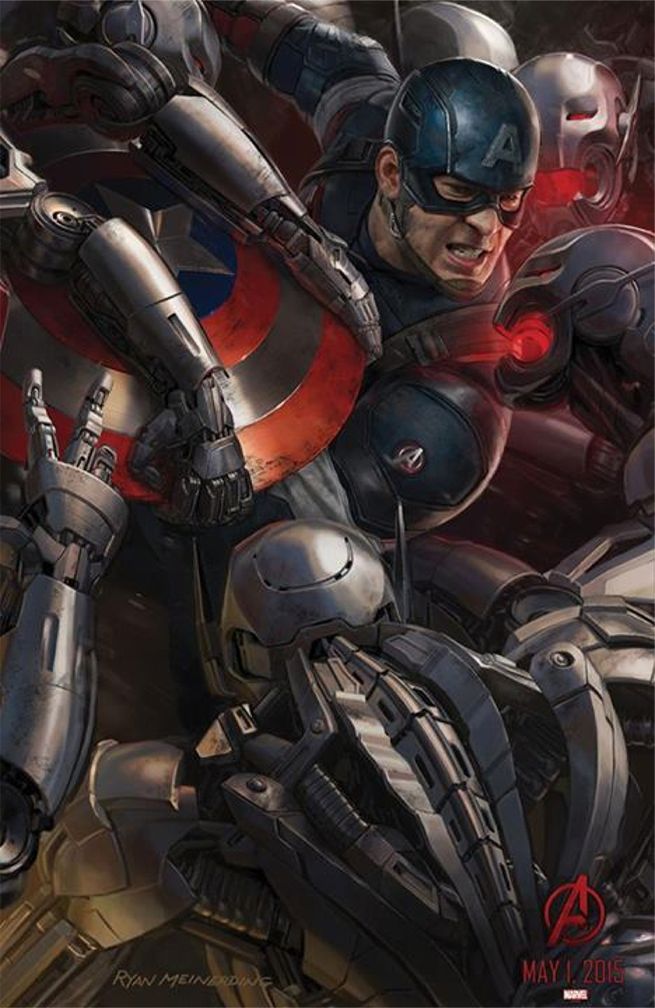 For the first full day of Comic-Con, Marvel Studios released two additional concept poster for Avengers: Age of Ultron. One of the posters features Captain America, and the other poster features Black Widow. Just like in the previous posters, the Avengers featured are at war with an army of Ultrons. It also appears like the posters will interlock to form one gigantic poster. 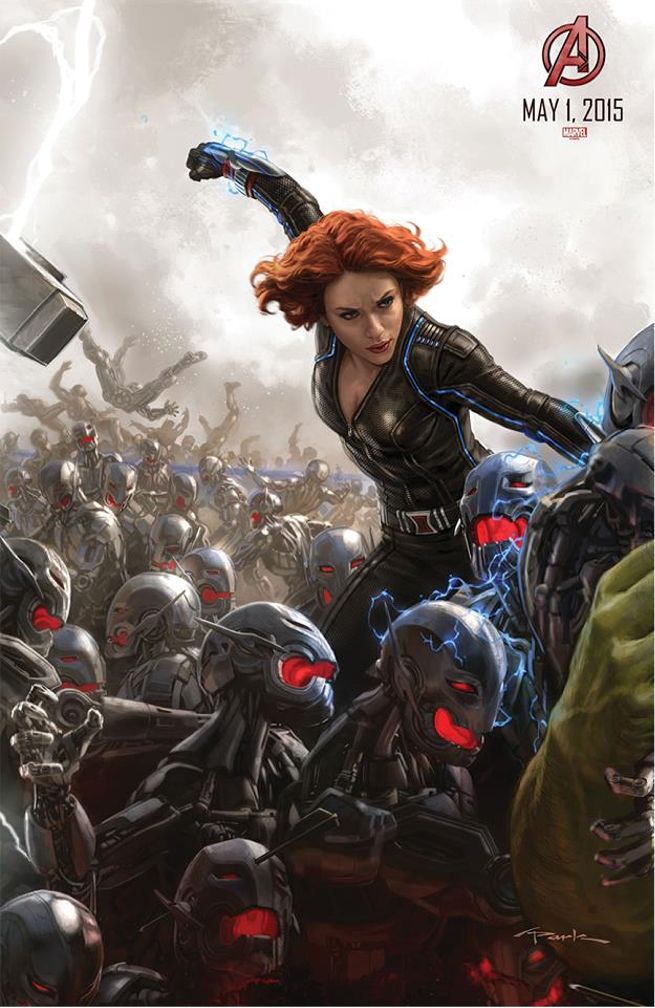